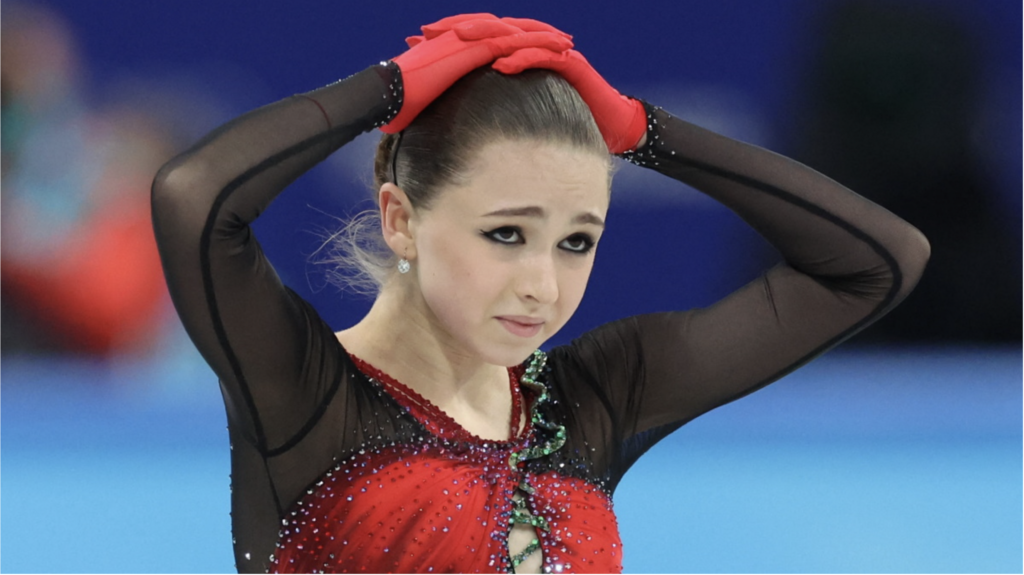 Lately Russian news doesn’t stop bringing surprises. It seems nothing can create more discussions in the media then expectations of the possible war with Ukraine. But unexpectedly there is another subject that triggers as much controversy and discussions in Russia. This subject is the doping scandal at the Winter Olympics, involving Russian star figure skaters.

The figure skating competition at the games ended up with a complete mess. Russia’s trio of teenage figure skating stars each experienced the biggest crises of their lives.

15 years old Kamila Valieva, who at the beginning of the games was praised by press and professionals as the greatest skater ever and the favorite to win the gold, ended up in fourth place, crying. She unexpectedly fell several times during her final free skate.

Anna Shcherbakova, 17, and Alexandra Trusova, 17, won gold and silver, respectively. It didn’t make them happy. Trusova threw a fit because she came in second, though she became the first athlete to land five quad jumps in a single Olympic routine and got the international nickname: Russian rocket. She was heard lamenting on the camera, “Everyone has a gold medal, everyone, but not me! I hate skating. I hate it. I hate this sport. I will never skate again. Never!”

Shcherbakova, the winner of the gold, ended sitting alone completely lost. Everyone was too concerned with the problems of other girls to acknowledge the presence of the gold medalist. “I still don’t comprehend what has happened,” said Shcherbakova. “On the one hand I feel happy, on the other I feel this emptiness inside.”

Here is the story in detail.

On December 25, 2021, during the Russian Championship, which was held in St. Petersburg, Kamila Valieva’s dope test sample was taken by the Russian Anti-Doping Agency RUSADA. Testing was found positive for a banned heart medication called trimetazidine, which by some opinions may help with endurance. However, the 15-year-old was still allowed to compete because according to the Court of Arbitration for Sport, banning her would cause “irreparable harm” because she’s a minor.

The case was not under the jurisdiction of the International Olympic Committee (IOC) due to the fact that the sample was taken before the start of the Olympics. So Valieva was permitted to go to Olympics and her first performance in the team competition turned out sensational. She was expected to win in the coming personal tournament and get gold.

Meanwhile the Russian December probe of Valieva was sent to The Stockholm laboratory, which is accredited by the World Anti-Doping Agency (WADA). Months passed and it seemed forgotten. But on February 8, 2022, the laboratory unexpectedly reported that an Adverse Analytical Finding for the substance trimetazidine was obtained in the sample.

So the participant praised throughout the world and almost unanimously expected to win the gold medal was suspended. It was to be considered by the visiting panel of the Court of Arbitration for Sport (CAS) before the start of the singles tournament, which was to follow team competition. Only on the basis of the CAS verdict was the International Skating Union (ISU) able to decide on the distribution of medals in the team tournament, so participation in the final skaters’ award ceremony of Valieva for the final tournaments was connected to receiving or not receiving the ISU approval.

The decision was made on the eve of the final competition: Valieva may perform, but in case she wins, the entire Russian team will not be permitted to receive medals at the end of Olympics. Valieva became a pawn in the grown-ups game: the already overstressed 15 years old girl was made to face a possibility to be hated by all her team friends and may be by the entire Russia in case she wins.

She performed, fell several times, and lost competition. Her failure to win was widely discussed. There were many theories, among them that the girl was ordered by her coaches to loose.

The controversy sparked backlash against Russia, which was already on thin ice after being banned from the 2018 Olympics over a doping scheme. Also, on the thin ice, even in Russia, was Valieva’s coach Eteri Tutberidze.

When Valieva got off the ice after her falls, Tutberidze — notably hard on her skaters — started to blame the teenager, who was already in tears. Cameras caught Tutberidze asking Valieva, “Why did you let it go? Why did you stop fighting? Explain it to me, why?”

IOC President Thomas Bach said it was “chilling” to watch the “tremendous coldness” with which the overstressed young girl was received by her “closest entourage.”

“Rather than giving her comfort, rather than to try to help her, you could feel this chilling atmosphere, this distance,” Bach said at a news conference.

Alexander Zhulin, a Russian famous ice dancing coach and a former competitor,
was enraged by Bach’s remark and suggested to Bach he’d better think about his behavior instead of criticizing methods of the best coach in the world. Still, Tutberidze is criticized by many.

“Women’s figure skating, for the past eight years, has been dominated by pre-pubescent Russian girls. They all train with the same coach, Eteri Tutberidze, at a rink in Moscow called Sambo-70. After the meteoric rise of Yulia Lipnitskaya—the little girl in red at the 2014 Olympics—and Alina Zagitova and Evgenia Medvedeva’s rivalry at the 2018 Games, there came figure skating’s ‘quad revolution’. These ‘Eteri girls’ could land countless quadruple jumps and win all the medals awarded, at every single competition. Other athletes, those who couldn’t land quads, seemed like they just weren’t trying hard enough. Tutberidze has come to be regarded as the world’s leading expert in creating figure skating champions. Her methods are no secret.”

Rita Wenxin Wang is sure that Tutberidze consciously slows down sexual development of her girls in order to make them able to jump like nobody else can. Wang considers it child abuse. Many commentators agree with her.

Opinion of Russian public is as divided as the world opinion. Many are demanding banning of very young girls from participating in the adult sport competitions.

The discussions of the figure skating controversy are on going in Russia.
Here some interesting comments.

“It is important to know that Valieva’s doping tests at the recent European Championships are clean. Her own samples in Beijing – too. A controversial issue arose on the samples of December 25, but then why did someone hold them right up to February 8, when our team triumphantly defeated everyone? It smells of provocation.”

Alexander A. Dobrovinsky, a famous Russian lawyer, who in 2003, was named the best lawyer in Russia at the “leader of the year” contest, criticized the actions of the International Olympic Committee taken against the young Kamila Valieva. The lawyer has no doubts that the persecution of the skater is not accidental. 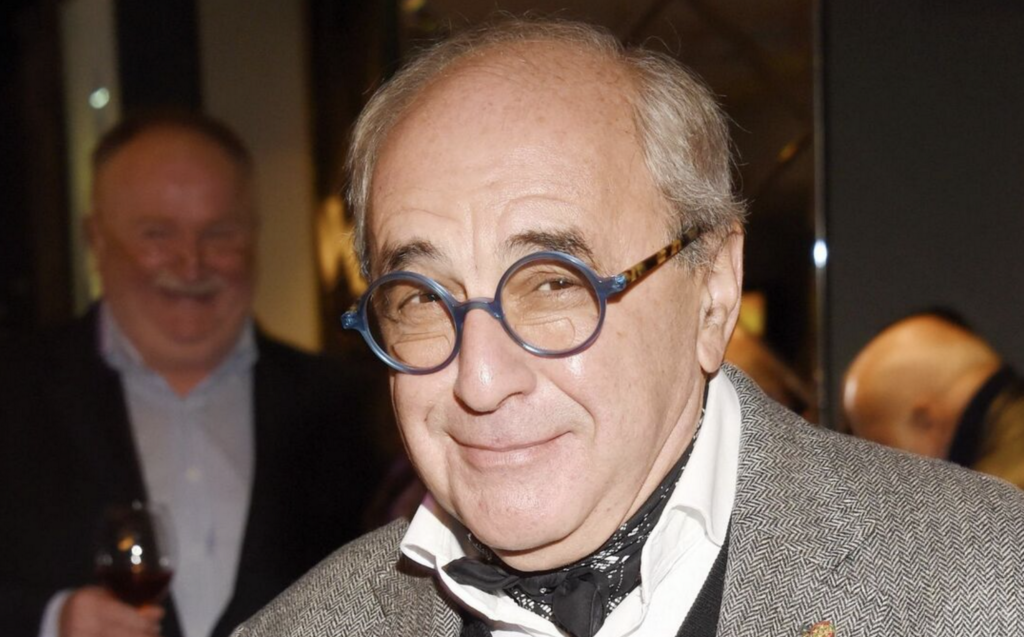 “This is clearly evidenced by the fact that Valieva was allowed to continue the competition, but because of this, the rest of the athletes and spectators lost the awards ceremony. And this is exactly what the Olympic games are for.

“The IOC, which has removed the rewarding of figure skaters both in the team event and in the prospective individual, causes the whole world to hate Kamila Valieva. After all, everyone wants to see their athletes on the podium when they win. This is the very moment at the Olympic games for which they fight,” Dobrovinsky said in an interview with Teleprogramma.pro.

“The reputation of Tutberidze was shattered. Has the best coach in the world now lost her good name?

“The doping scandal shook Eteri’s position on the world stage. The global success of Eteri Tutberidze at the Beijing Olympics could not hide the flaws in her style of working with young athletes…

“Even in Russia, Eteri is no longer so actively supported, to say nothing of the world community. In order to restore her pure name, this specialist will have to reconsider her views on the profession and adapt to new conditions under which the age limit in women’s single skating will almost certainly be raised.”

“Dear sports officials, you have destroyed the most talented figure skater in the world.”

Meanwhile Kamila Valieva doesn’t feel “destroyed”. Immediately after her flight back to Moscow she returned to her training and made official statement to her coaches:
“You are absolute masters in your field! And you not only train, but also teach to overcome yourself, which helps not only in sports, but also in life. With you next to me, I feel protected and able to pass any test.”

Dmitry Svishchev, Chairman of the Committee on Physical Culture and Sports of the State Duma of the Russian Federation, wrote in RB Sport:

“Kamila Valieva is a unique person in figure skating. Not every adult can withstand what she experienced. Today, we talked with the Minister of Sports that Valieva will be presented for a state award.”

Svishchev noted that the Russian government is proud of the Russian figure skater and will protect her in every possible way.