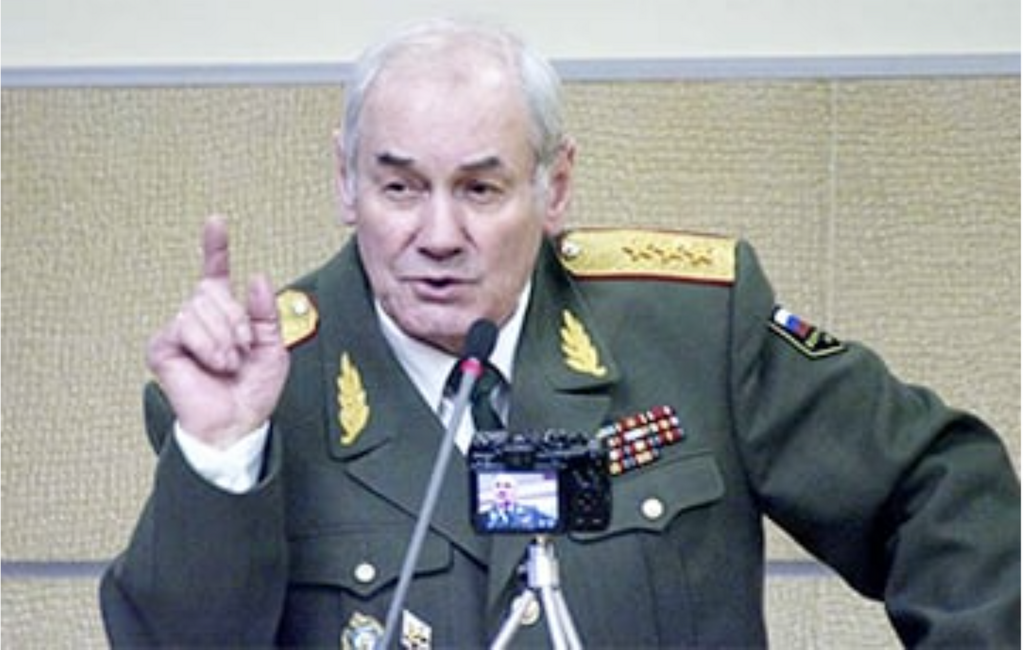 There is a new trend in Russia: the known hawkish hard-line official personalities are unexpectedly openly turning against Putin’s politics.

A recent sensation was on February 6: there was an open letter to President Vladimir Putin from Colonel-General Leonid Ivashov, which went viral. Ivashov is one of the most hardline politically active Russian military men, known by his remark: “We need Stalin.”

Here is how on February 10, British Daily Mail described the event:

“A top retired Russian general has warned Vladimir Putin not to go to war with Ukraine, accusing the leader of whipping up an ‘artificial’ conflict to distract from his domestic problems.

Colonel-General Leonid Ivashov, 78, penned an open letter titled ‘The Eve of War’ in which he blasted Putin’s ‘criminal policy of provoking a war’ despite Russia not facing any ‘critical threats’…

“Ivashov, who has retired from military services and is active in politics as the chairman of the All-Russian Officers’ Assembly, previously served as Putin’s chief of military cooperation in the Ministry of Defense.”

When the Ivashov’s letter first appeared on Internet, most of comments were from the Russians, who consider it a fake. Later, when public realized that the letter is genuine, the attitude changed. The democratic-oriented intellectuals and artists certainly were very impressed and there were a lot of their very emotional reactions on the Internet.

At this point it is difficult to tell how many Russians learned this information. As much as I know, the official television, still the only source of information for many older Russians, never mentioned the letter.

Here is the interesting diagram showing the Russian statistics of the TV and Internet viewers: 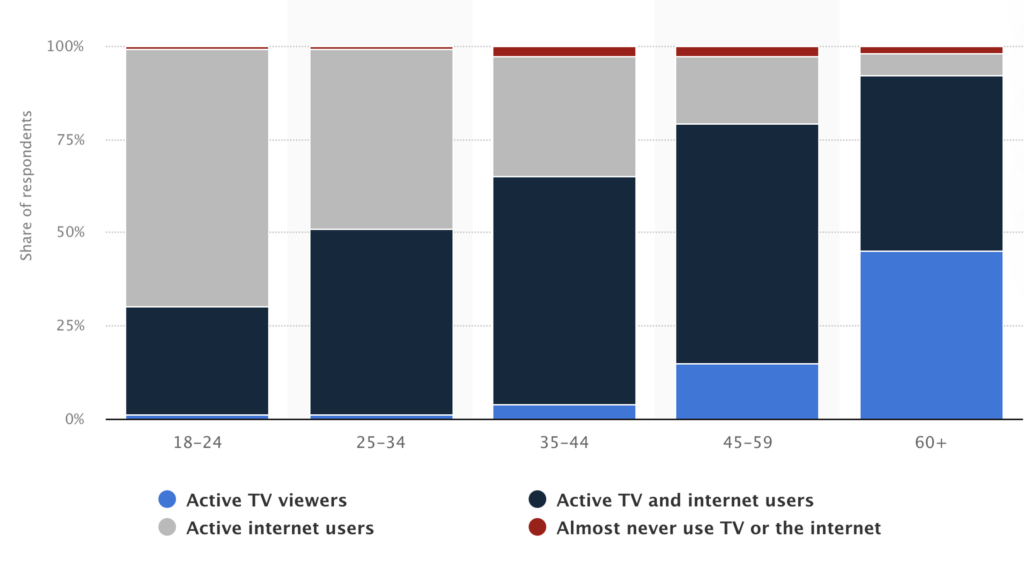 diagram showing the Russian statistics of the TV and Internet viewers. (Source: Statista.com)

Judging by the Internet it looks like most older Russians, among them some famous artists, may still be aggressively pro-Putin.

Meanwhile Putin is becoming more and more open and sincere, delivering his thoughts and intentions toward Ukraine, using crude references.

On February 7, during a press conference following the Russian-French talks, Vladimir Putin, commenting on the Minsk agreements and the attitude of the current president of Ukraine towards them, cited some humorous Russian rime to journalists.

Putin said (in CNN translation):
“As for the Minsk agreements, are they alive and do they have any prospect or not? I believe that there is simply no other alternative. I repeat once again, in Kyiv, they either say that they will comply, or they say that this will destroy their country. The incumbent president recently stated that he does not like a single point of these Minsk agreements. ‘Like it or don’t like it, it’s your duty, my beauty.’ They must be fulfilled. It won’t work otherwise.”

As much as I know, no American press presented a real translation of the Russian obscene folk verse, quoted by Putin, but almost every Russian knows the verse:

“My beloved is lying in coffin.
I’ve crept in and am fucking her.
Like it, or don’t like it,
Sleep my beauty!”

‘Of course, there are some things we can’t argue about with the president of the Russian Federation, Ukraine is a beauty. As far as I am concerned, that’s a slight overstatement.’”

Regarding the line about being dutiful and taking it, Zelensky added, “I think Ukraine is very patient. Because that’s wisdom. I think that’s important not just for Ukraine, but for all of Europe’.”

A known and very popular Russian actress wrote in FaceBook, how while vacationing at Maldives, she found herself being a neighbor to a young Ukrainian, his wife and their baby. Here is the translation of a fragment of her post:

“Russia has been waging war in Ukraine for 8 years already, hiding behind Donbas militias, pretending that ‘they (Russians) are not there’, but now the information tension about possible open military aggression has reached its limit.

“I don’t know, it’s not given to me to know whether the leaders of all world states are bluffing now or not, but I want to sink through the ground in front of this Ukrainian guy, his wife and his infant son, because I represent a country that is feared, but not respected.”

“Paradox. But there is no fear in Ukraine. In short, the general mood is ‘cold rage’. The fear was in 2014. Not now. Thousands of people are enrolled in territorial defense units. And they go to class every day. Learn to shoot, fight, help. And these are people who have never even thought about war before. There are a lot of delays for rehearsals and filming – people do not have time for work because they are in military classes.

“There is no fear or despair in Ukraine. Instead there is anger and determination. During these months, we have learned to say goodbye to our relatives forever, even going out to the store. We learned the routes to the nearest bomb shelters. We learned how to plan performances and filming with the caveat ‘… unless hostilities begin.’ Of course, there are those who don’t care and who try not to see or hear. But these are marginal. Something tectonic has happened in recent months.“