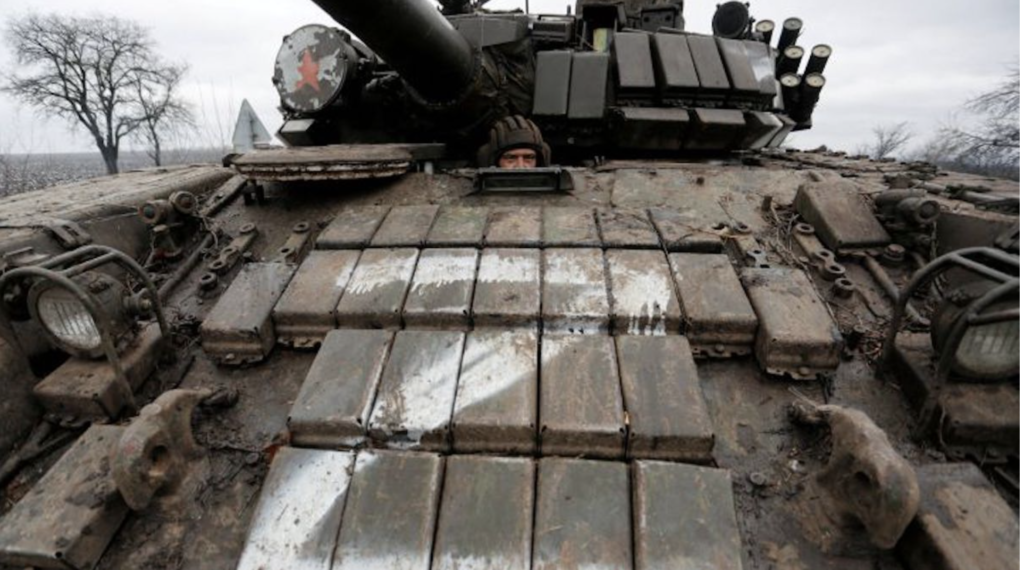 There are two very different official Russian explanations of the purpose of the Russian war against Ukraine. The first explanation, still general Russia explanation insists that Russians want only to “free” Ukrainians from the “Nazi” government, but have no plans to occupy Ukraine or any other country.

The second explanation is very different. It is never pronounced in the vetted public explanation of Russian authorities, but pretty often slips out in the media and in many ways helps to form Russian public opinion.

The Russian invasion of Ukraine started on February 24, 2022. Two days later, at 8:00 AM on the website of the official Russian News Agency (RIA) appeared a manifesto – the fruit of the pen of the editor-in-chief of the pro-Putin “Political Journal” Peter Akopov – revealing the true purpose of the Kremlin.

The manifesto was obviously prepared in advance, before the start of the invasion and its author was sure that by February 26 the Russian army certainly would destroy the Ukrainian army, that the Russian army will be welcomed by Ukrainians and paraded in Kyiv. That was the reason behind the reveling in this manifesto of the true intentions of Russians.

The reality, however, turned out to be so different that the manifesto lasted only a few hours on the site, and was erased as if it had never existed. But it was copied by many readers and went viral on the Russian Internet. Here are some particularly revealing quotes from Mr. Akopov’s propaganda masterpiece:

“A new world is being born before our eyes. The military operation of Russia in Ukraine opened a new era – and in three dimensions at once …

“Russia is restoring its historical fullness, gathering the Russian world, the Russian people together – in its entirety of Great Russians, Belarusians and Malorusians [Malorusia – Small Russia – is one of the Russian names for Ukraine. S.Ts.]. If we had abandoned this, if we had allowed the temporary division to take hold for centuries, then we would not only betray the memory of our ancestors but would also be cursed by our descendants for allowing the disintegration of the Russian land.

“In the event of the consolidation of the full geopolitical and military control of the West over Ukraine, its return to Russia would become completely impossible – Russia would have to fight for it with the Atlantic bloc. Now this problem is gone – Ukraine has returned to Russia.

“Did someone in the old European capitals, in Paris and Berlin, seriously believe that Moscow would give up Kyiv? That the Russians will forever be a divided people? No amount of Western pressure on Russia will lead to anything. There will be losses from the sublimation of confrontation on both sides, but Russia is ready for them morally and geopolitically. But for the West itself, an increase in the degree of confrontation carries huge costs …

“The rest of the world sees and understands perfectly well – this is a conflict between Russia and the West, this is a response to the geopolitical expansion of the Atlanticists, this is Russia’s return of its historical space and its place in the world. Russia has not only challenged the West – it has shown that the era of Western global domination can be considered complete and finally over.”

Here is the one example still posted on one of the popular Russian sites newdaynews.ru: Oleg Matveychev, a political scientist and deputy head of the State Duma Committee on Information Policy, Technologies and Communications, said in his interview of 03/03/22 with agency RIA:

“The confrontation with the United States, which has entered an acute phase in Ukraine, will end with a complete victory for Russia, followed by a global re-division of the world.

“The war is being waged with America, which has captured the historical territory of Russia – Ukraine. Roughly speaking, if compared with 1941, Hitler was modern America; the United States did not reach Moscow, but Donetsk, and used the population of Ukraine. The resources of all of Europe, as under Hitler, work, so to speak, for the Reich. All of these actions are completely united – they all work informationally, economically thanks to sanctions, and now by military means. Their military theme is the weakest. Europeans are not ready to suffer losses – they are ready to use only the same Slavs, that are Ukrainians, whom they zombified into the slaughter. That’s all they could do from a military point of view.

“Europe will be liberated, as they say, from the American yoke and American occupation, which has lasted since World War II. Europe will be free, albeit in a very shabby state, and will hate America and adore Russia. Russia will extend a helping hand to Europe and will help her, including in the fight against all kinds of Muslim terrorists who breed there. We will help them establish constitutional order, we will bring governments loyal to ourselves to power, and we will dominate this entire Europe. Not just over Eastern Europe, as it was during the Soviet Union, but already over the whole.”

This message, as absurd as it may seem, nevertheless is very close to the messages over many years of Russian official TV that resulted in who believe only in this official information on TV. 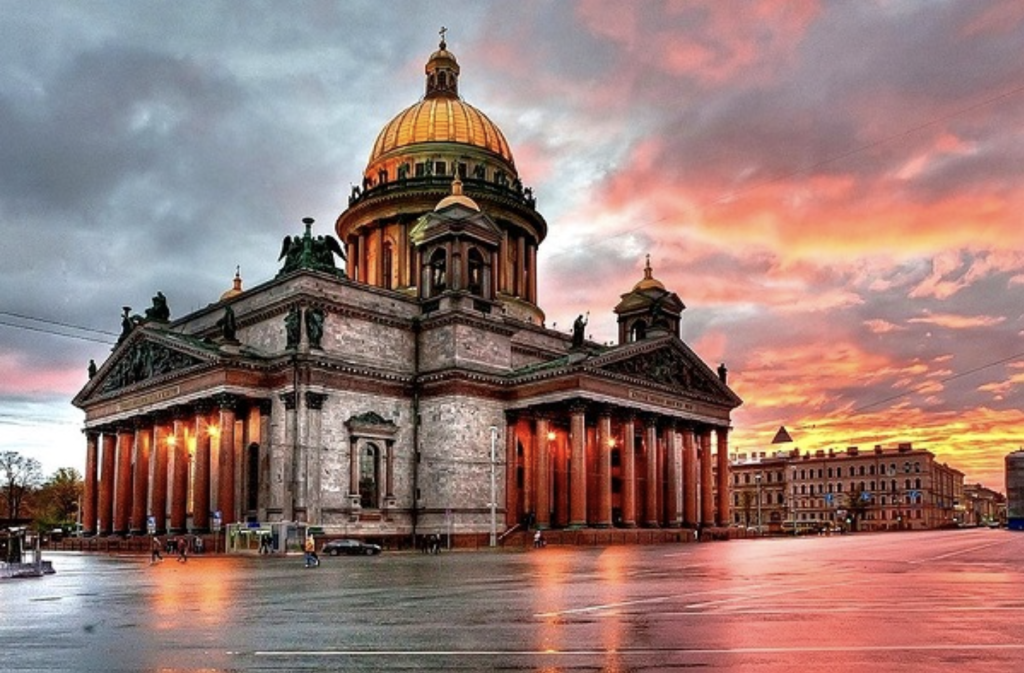 A song, never heard before in public despite its age, was performed on February 23, 2022, in St. Isaac’s Cathedral at a concert dedicated to the celebration of Defender of Fatherland Day. By the evening of February 25, this entry had spread like wildfire on social networks. Here is the copy of the video taken from Facebook:

And here is the translation of the song:

I crossed the Atlantic on a nice submarine
With a nice nuclear engine.
And with a dozen bombs,
Each about a hundred megatons.
I call the gunner: “Point, Petrov,
On the city of Washington.”

And my friend Vovochka
Flew here from above on his airplane
Not with empty hatches!

On a nice submarine
With a nice nuclear engine
Our crew started singing the merry song:

Tru-la-la, tru-la-la!
We can do anything for three rubles.
Burn-burn you, the land
Of our enemy.

Lights on the Norfolk shore slumber sweetly,
Tired toys are sleeping,
Negroes are sleeping quietly.
Forgive me America,
Good America,
But you shouldn’t be discovered
Five hundred years ago!

Tru-la-la, tru–la-la-la!
We can do anything for three rubles
Burn down you, the land
Of our enemy!

Several days after publishing the video, it was revealed on the Internet an explanation of Andrei Kozlovsky, the author of the song: “I wrote the song long ago in 1971 or 1972. It was a joke. I am surprised that the Saint Petersburg City Choir performed it now and I hope that they also meant it a joke.”

If it was meant now as a joke, the humor may not have been apparent to the current audience. Here are new statistics about the Russian attitude towards the war with Ukraine. These statistics are certainly not a joke!

This following is from a telephone survey made in Russia by the Active Group, a Ukrainian company. 86% of Russians allow and support a potential attack by the Russian Federation on the territory of the countries of the European Union, including Poland, Estonia, Latvia, Lithuania, Bulgaria, the Czech Republic, Slovakia, and others.

Caution: Many respondents may have thought that such answers were expected from loyal Russian citizens and out of a sense of danger of talking frankly with unknow callers.

Only 13% of those surveyed of the Russian Federation said that they had a negative attitude towards the armed invasion of other countries.

46% of respondents are absolutely sure that the Russian government should attack the European Union, and 40% consider it acceptable to expand hostilities.

Only 25% of Russians have a categorically negative attitude towards the use of nuclear weapons. Among those polled, 40% consider a nuclear attack acceptable, and 34% of respondents somewhat support such a decision by the Russian government.