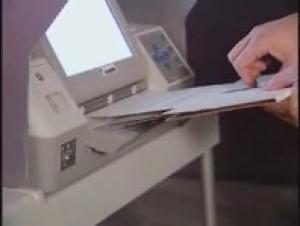 Provided the results hold, Maryland and Missouri will become the 20th and 21st states to legalize marijuana, along with the District of Columbia. But Arkansas, North Dakota, and South Dakota will not be joining those ranks after voters in those three states gave legalization a thumbs down.

In Maryland, Question 4 was winning with 65.5 percent of the vote. The measure would amend the state constitution by adding an article that allows people 21 and over to use and possess marijuana and providing that the General Assembly “shall provide for the use, distribution, possession, regulation and taxation of cannabis within the state.”

This is an amendment that came not from the people but from the legislature, which passed it as House Bill 1 in April. The legislature that same month also passed implementing legislation to go into effect if the measure passes. The legislation, House Bill 837, which would set legal possession limits at 1.5 ounces and allow for the home cultivation of two plants. The bill would also automatically expunge convictions for conduct that would be legal if the measure passes.

The amendment contains no language about regulation or taxation. That will be left up to the legislature.

“The result of Maryland’s cannabis legalization measure is monumental,” said Toi Hutchinson, President and CEO of the Marijuana Policy Project, which played a key role in building support for the measure. “With each state that successfully legalizes cannabis, we are one step closer to dismantling the federal prohibition of cannabis.”

In Missouri, despite multi-sided opposition not only from the usual suspects in law enforcement and the political establishment but also from civil rights groups and marijuana industry insiders, with 89 percent of the vote counted, Amendment 3 was winning with 53.1 percent of the vote. The measure will allow people 21 and over to possess up to three ounces of marijuana and grow up to six flowering plants, as well as six immature plants and six clones.

It also provides for the automatic expungement of nonviolent marijuana-related offenses and “seeks to broaden industry participation by small business owners and among disadvantaged populations, including those with limited capital, residents of high-poverty communities, service-disabled veterans, and those previously convicted of nonviolent marijuana offenses,” according to Legalize Missouri 2022, the group behind the effort.

The initiative will tax retail sales at 6 percent, with localities allowed to add a 3 percent sales tax. It also gives cities and counties the option of disallowing retail sales via a popular vote. It will also allow existing medical marijuana operations to seek recreational sales licenses beginning December 8, with regulators allowed up to 60 days to approve them, giving them an effective head-start on newcomer competitors.

The South Dakota defeat was especially bitter, given that just two years ago, voters there approved a broader marijuana legalization initiative with 54 percent of the vote only to see it invalidated by the state Supreme Court.

That is it for a somewhat disappointing 2022 election, but there is already one state lined up and ready to vote on marijuana legalization next year. Organizers in Oklahoma gathered enough valid voter signatures to qualify for the ballot this year, but delays in signature counting by state contractors left it unable to be certified by the official deadline for Tuesday’s ballot. It will get a vote either in a special election or the next general statewide election.