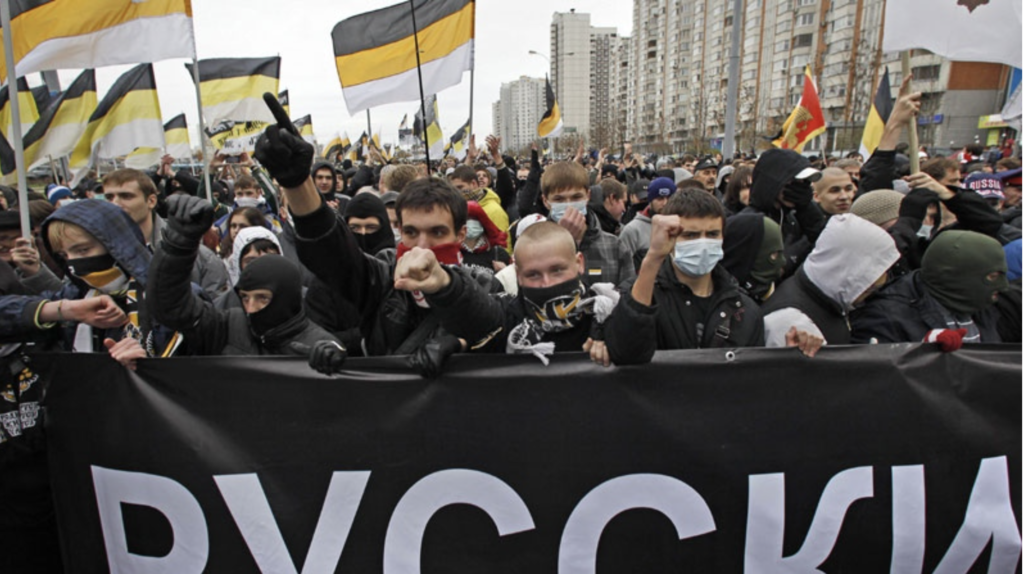 One of the examples is the Russo-Japanese War (1904–05), a “military conflict in which a victorious Japan forced Russia to abandon its expansionist policy in East Asia, thereby becoming the first Asian power in modern times to defeat a European power.”

Similarly to the contemporary situation with Ukraine, back then Russians were absolutely sure when starting the war that they would win it dealing with the “weak” Japanese in a matter of several days.

One of the most famous Russian poets Valery Bryusov wrote:

“Ah, war! Our inaction drives me crazy. It’s high time for us to bombard Tokyo. I love Japanese art. Since childhood, I have dreamed of seeing these bizarre Japanese temples, and museums with things from Kionaga, Outomara, Toikuna, Hiroshima, Hokusai, and all of them, which sound so strange to the Aryan ear.

“But let the Russian bombs crush these temples, these museums, and the artists themselves if they still exist there. Let all of Japan turn into dead Hellas, into the ruins of a better and great past—and I am for the barbarians, I am for the Huns, I am for the Russians! Russia must rule in the Far East, the Great Ocean is our lake, and for the sake of this duty, the whole of Japan is nothing or even a dozen of Japans! The future belongs to us, and for this future, the future not only of our planet but the cosmic future – all Hokusai and Outomaras combined worth nothing.”

Not much changed in post-soviet Russia.

The founder and permanent leader of the LDPR (Liberal Democratic Party, the third largest party in the State Duma), Vladimir Zhirinovsky died on April 6th, 2022. He was remembered for many of his flailing, wildly emotional statements, some of which became aphorisms.

In 1993, in the book “The Last Throw to the South”, Zhirinovsky wrote about the need for Russia’s military presence in the Indian Ocean:

“The peoples and countries of the South, quarreling among themselves, will understand the need for salvation by Russia, as they themselves will so call it. Satisfied with its great world mission, the Russian soldiers will finally reach and wash their dusty and battered boots in the far coast of the Indian Ocean.”

“If the Ukrainian authorities begin the physical destruction of the Russian population or to repress them, Russia will have the right to carry out armed invasion.”

Russians today often insist, that one of the main reasons for the war was Ukrainian “repressions” against the Russian population by encouraging them to use the Ukrainian language.

Amazingly, similar to today, Russian “patriots” even in the old Czarist Russia were sure that Russian “unlimited” power was enabled by the country’s wealth of raw materials. Though today the raw materials are oil and gas, back then they were bread and furs.

–       In my opinion, there is no reason for us to even negotiating with Europe.  Let us leave it without bread, that’s all that is needed! When these “cultured” Europeans start dying from starvation, they’ll learn what it means – to not respect mother Russia – the granary of the whole world, provider of their bread.

–       What bullshit! Where can the Americans get bread? Poor Americans have no food even for themselves!  Besides, we can stop giving to those cursed foreigners our furs. They’ll freeze in their light coats, and we’ll easily subdue the all of Europe.

As for comparisons of modern Russian politics with the Nazi Germany politics, they are impressively summarized in the article of the well-known journalist Dmitry Gubin:

“On the benefits of the comparison of the experience of Germany in 1939 to Russian in 2022”, published in the popular website Republic.ru:

“After the outbreak of the war (with Ukraine), the best way for me to explain what was happening and at the same time to predict the future quite accurately is the use of parallels between today’s Russia and Germany of the 1930s. These parallels are so numerous and so clear that sometimes you can’t believe your eyes.

“Indeed, the annexation of Crimea repeats the “Anschluss” of Austria, starting from the conduct of both referendums and ending with Hitler’s ideological justifications for annexation.

“The situation in eastern Ukraine, which Russia has been trying to call Novorossia (New Russia) since 2014, is an analog of Hitler’s arrival in the German-populated Czech Sudetenland. Nowadays we have the Minsk agreements, Hitler’s contemporaries had the Munich agreement.

“Well, Ukraine today is similar to Poland in 1939. Here everything coincides in general to the smallest detail. For example, in 1939 in Germany, as now in Russia, it was forbidden to call a war a war (it was required to say “counteroffensive”). German newspapers came out with headlines like “The Poles are bombing Warsaw!” The reasons for the “counteroffensive” were the oppression of the Germans in Poland (which, by the way, did take place).
The Goebbels department did not refer to “biological laboratories” then (as today Russians accuse Ukraine of building biological weapons), but Goebbels claimed that the Poles, incited by Great Britain, were going to use chemical weapons against the Germans. Well, the United Kingdom in Goebbels’ propaganda occupied the same place then as the United States occupies in Putin’s propaganda today.”

Dmitry Gubin comes to the conclusion:

“Historical analogies are a harsh thing, and therefore the intellectuals who have remained in Russia, now confused and trying to redefine their place in the socio-political landscape, seem to have only three paths. They are doomed to (1) either leave, or (2) be repressed, or (3) turn into militarists looking for (and finding) those responsible for the war from outside of Russia. And the majority, alas, will choose the third way.”