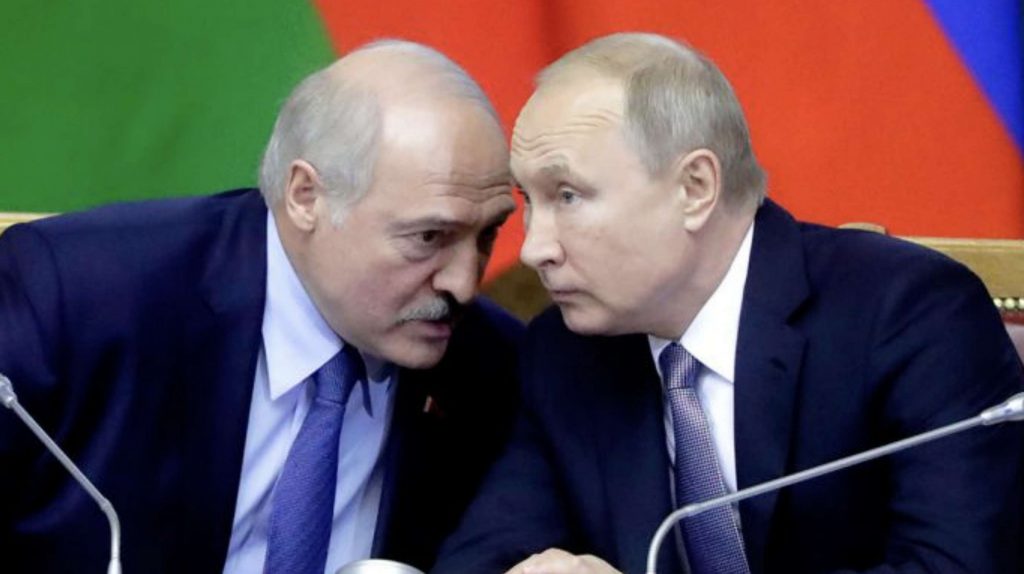 On November 4, 2021, an event took place, which was almost unnoticed by the world press, but presented by the Russian official press as big news.

It was a meeting of the Supreme State Council of the Union State of Belarus and Russia (an organization created long ago, but having almost no legitimate power), which was held in the format of a videoconference. At the meeting Vladimir Putin and Alexander Lukashenka signed a virtual decree on the main directions for 2021-2023 for implementing the provisions of the Treaty on the Establishment of the Union State. The document approves 28 union programs to deepen the economic integration of the two countries. A new military doctrine of the Union State and a concept of migration policy were also signed.

Vladimir Putin is trying for years to force Alexander Lukashenka to finally merge his country with Russia, making the first step to the rebirth of the Russian Empire. His attempts have brought not much success. The similar thing has happened this time. Putin managed only to publish some plans for future and many specialists believe these plans will never come true.

But Putin’s government attempts to convince Russians that the world recognized the event as a new huge Putin’s victory.

On November 5, next day after the event, a popular Russian site Yandex.ru published an article presented by the official state news agency RIA Novosti, entitled “US nightmare is coming true: Bulgarians rejoiced at the agreement between Belarus and Russia”

In the article, the readers of the obscure Bulgarian newspaper Fakty comment on the signing of the integration decree of the Union State between Russia and Belarus.

Here are some of the comments:

“Belarus recognized Crimea as Russian. One of the first steps towards integration has been made,”

“Today Belarus and Russia, tomorrow Belarus, Russia and Novorossiya (“New Russia”—a favorite Russian nationalist’s name of Ukraine or its Eastern part. V.Ts.) with the capital in Kiev! This is how the nightmare of the Americans comes true – the birth of the Russian Empire!”

“Well, there is nothing wrong with that. Other former Soviet republics may join,”

“Orthodox Christian countries will not survive if they do not strive for an alliance with Russia,”

“Farewell to the illusions of overseas countries about making Belarus a colony, as they made Ukraine.”

After the presidential elections held in Belarus on August 9, 2020, in which Alexander Lukashenka claimed to win for the sixth time, (according to his government reports, receiving 80.1% of the vote), massive opposition protests took place in the country. Relations between Belarus and Western countries deteriorated sharply, the European Union, Great Britain, the USA, Canada and several other countries gradually introduced sanctions against Belarusian officials, as well as enterprises, accusing Minsk of election violations and human rights violations. Lukashenka, more than once accused the West of directly interfering in the situation in the republic, noted that the unrest is directed by the United States, and the Europeans “play along” with it.

According to representatives of Belarusian government, Western sanctions just sped up the integration of Russia and Belarus.

Belarusian deputy, head of the commission on international affairs of the lower house of parliament of the republic, Oleg Gaidukevich, told RIA Novosti:

“From the point of view of geopolitics, I would like to ‘thank’ our Western partners for imposing sanctions against Belarus and Russia, for the hybrid war they opened against us, because it all sped up the integration processes and helped us resolve many issues that we didn’t decide earlier. Keep introducing sanctions – and we will further strengthen integration and strengthen the sovereignty of both Belarus and Russia,” Gaidukevich said.

He stressed that he was always convinced that integration strengthens the sovereignty and statehood of both Belarus and Russia. The deputy explained that Belarusians and Russians have such a character trait that when “they are pressed more,” they work faster and solve many issues more quickly.

“Today is a truly historic day, which marked the beginning of a new stage in integrating Belarus and Russia,” Gaidukevich said. At the same time, he noted the personal merit of the presidents of the two countries in promoting deepening Belarusian-Russian integration. “For many years they not only talked about integration, they declared, supported it – thanks to their willpower and efforts, these documents have been implemented today.”