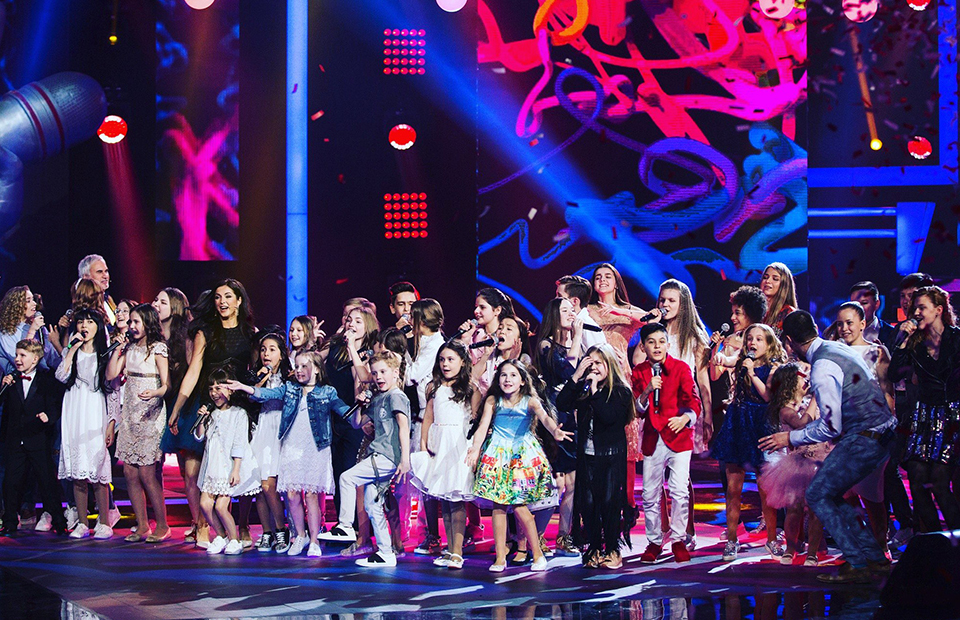 Last week Russia experienced one of the largest media scandals in Russian history. No economic or political news in several years triggered such emotional reaction from both media and general public. Surprisingly, the scandal was triggered not by political news, but by the results of children singing competition on TV. Yet unexpectedly it has become political. How could it happen?

The singing competitions of the Russian TV Channel One “The Voice” and “The Voice Kids” are among the most popular programs of Russian TV. The programs are perceived by many Russians as the only proof of the existence of equality in their country. Everyone can see in these shows how a son or a daughter of a janitor from a Siberian village can win a huge sum of money and become a star overnight.

Wikipedia: “The Voice Kids is a Russian reality television singing competition broadcast on Channel One. Based on the original The Voice Kids of Holland, the concept of the series is to find currently unsigned singing talent contested by aspiring singers, age 7 to 14, drawn from public auditions.”

On April 26, this year competition was won by the 10 years old Mikella Abramova. The girl received 56.5% of the votes of TV viewers, a million rubles as a gift, as well as a certificate for recording her debut album.

The father of Mikella is one of the wealthiest persons in Russia, a banker Ian Abramov.  Her mother is the star singer Alsou, the daughter of Ralif Safin, an oil magnate who is a member of Russian parliament . 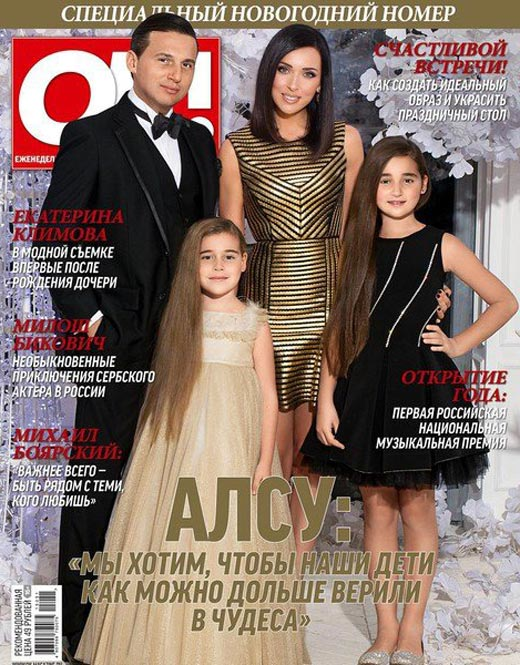 Abramov family. Mikella is the younger of two daughters.
Alsou: “We want our children to believe in miracles as long as possible”

Here is the video of Mikella’s performance:

By the general opinion of most of the spectators and critics of the show, Mikella’s performance was mediocre. Several children performed far better, especially a boy from Kazakhstan, Erzhan Maxim. Here is a video of his performance:

Most of the media commentators were outraged by the victory of daughter of Russian star. They called results tampered by a billionaire’s family. The Channel One ordered an analysis of the voting viewers of the international company Group-IB.

A lot of evidence had appeared right away that some Russian stars, friends of Alsou, called for their fans to vote for Mikella.

Besides, there are some reports about factories, where all the workers were paid to vote on the phone for the star’s daughter.

Investigation of the situation is still going on. Emotional discussions in the media are also continuing.

Here is the article from Yandexm the largest Russian news aggregator:

“In my opinion The Voice Kids this season was fantastic in terms of the vocal skills of the children. And the kids who came to the semi-finals had incredible singing talent. Yerzhan Maxim in one of the sessions of “The Voice Kids” burst a glass. Valery Kuzakov is a sweetheart and at the same time a serious performer. Misha Grigoryan is a fantastic vocalist.

“These children seem to have flown to us from another planet. And among the finalists is Mikella Abramova. Yes, a good girl, she sings well. But her performance is obviously inferior to others in the finals. There are talents from God, and there are just capable people.

“During the finals, I thought: “If Mikella wins, then I don’t believe in The Voice Kids any longer.  And, unfortunately, everything turned out exactly that way. Disappointment… Unpleasant aftertaste and annoyance. Yerzhan Maxim – that’s who should have won the competition. But, apparently, the family of this young vocalist does not have such resources as the mom and dad of Mikella. I imagine the picture of how the whole family of Alsou and her numerous star friends are casting SMS to vote. NOT FAIR! UNACCEPTABLE!”

Among the thousands of media comment there are practically none supporting Channel One. Unexpectedly, the criticism of a TV children show turned political. Here are some typical examples of public comments:

“It is ‘great’ that a ‘truly needy’ girl, a granddaughter and daughter of billionaires, got a million for talent development. Disgusting and repulsive! The girl sings ordinary and never would have won the title of ‘The Voice of Russia”

“This is the achievement of Channel One. So let them, first of all, report back – how much and from whom did they get for this trick? And only after the public receives this information will it be possible to move on. Rogues should be punished; the public should know their names.”

“Shame on those who sold and bought this victory.”

“The rich Safin-Abramovs robbed the poor for a million rubles. A lifetime shame!”

“What kind of little kings do these people consider themselves in our country to arrange this! Probably neither in Israel nor in Britain would such a victory ever have occurred!”

“In Russia it will always be like that: mediocrity climb into all the cracks. Money decides everything.”

“It’s funny that some commentators suggest: ‘You have to express openly your protest. Otherwise, we will be a flock of submissive sheep. Bad actions must be punished. Otherwise, the darkness will conquer the light!’ So, of course, with the exception of this show, there is light all around us! It is important for the authorities that these protests will not go beyond the confrontations on a TV show, and will not let somebody even think of criticizing the authorities and trying to punish them for their bad laws. We are not a flock of submissive sheep – we will speak out against vote-tempering in The Voice Kids, and when the same thing will happen in our general elections, well, that should not be our concern. Government can leave us without pensions at all, we will nibble weed – we are not sheep, we understand where we can speak and where we don’t. The main thing is that our beloved TV set fills up our eyes and ears with ‘light and goodness’!”

“What do you expect?  If the king is lying, the government shows contempt, the Duma deputies openly spit on people, so the television (especially the Channel One) behaves the same way. The Channel One never made even one remark against the policies of the king and his Duma. Everyone is bought!”