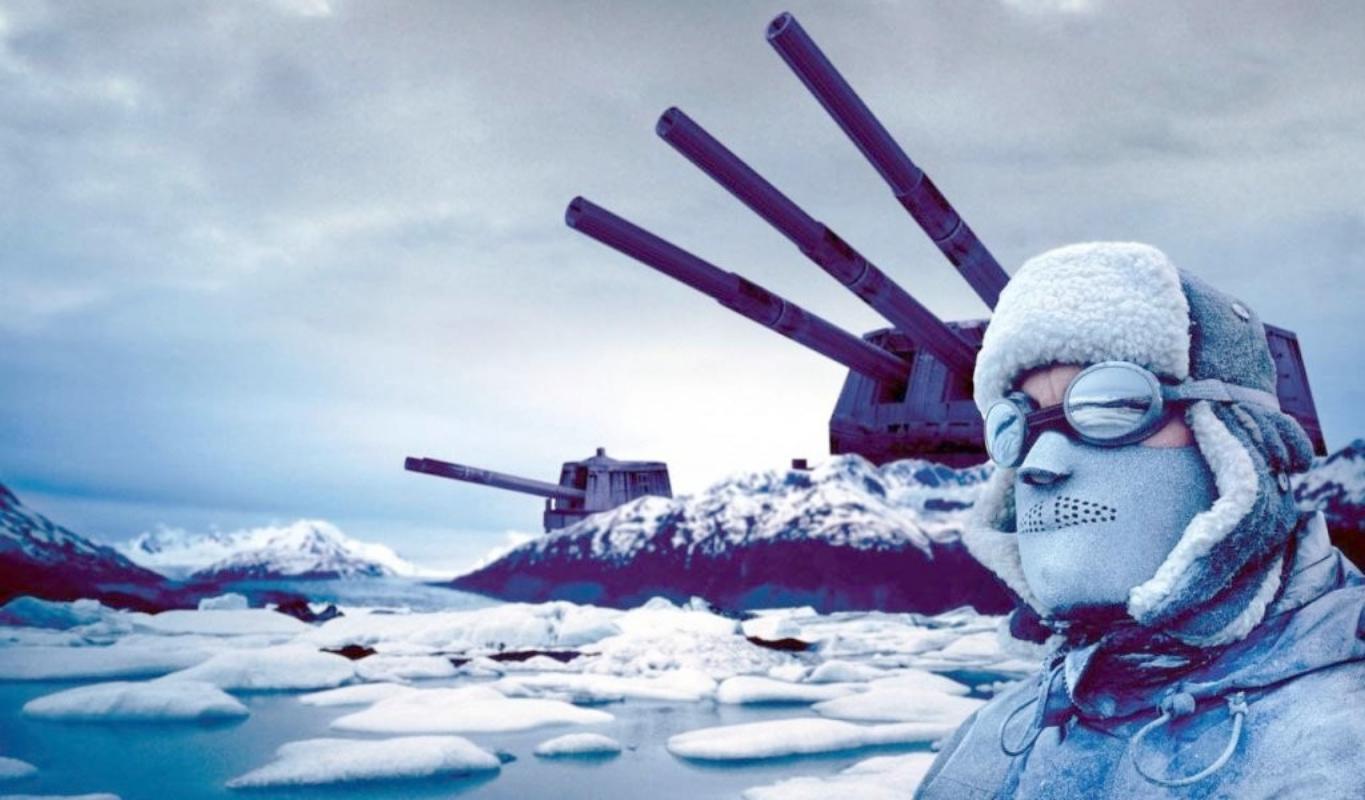 Lately Russian media keeps on informing Russians about the growth of Russian military presence in Arctic.

On December 13, one of most popular Russian newspapers Arguments and Facts (AIF.RU) declared: “The current instability of foreign policy, analysts say, is related to the desire of strong global players to find new large-scale, strategic capital investment point, since all the pre-existing points are exhausted. And the Arctic – the only macro-region, which can be that point.”

In March 2015, Chief of General Staff of Russia Valery Gerasimov officially announced in a TASS report, announced: “The number of staff involved in the maneuvers reached 80 thousand. And the number of aircraft equipment has increased to 220 units.” – 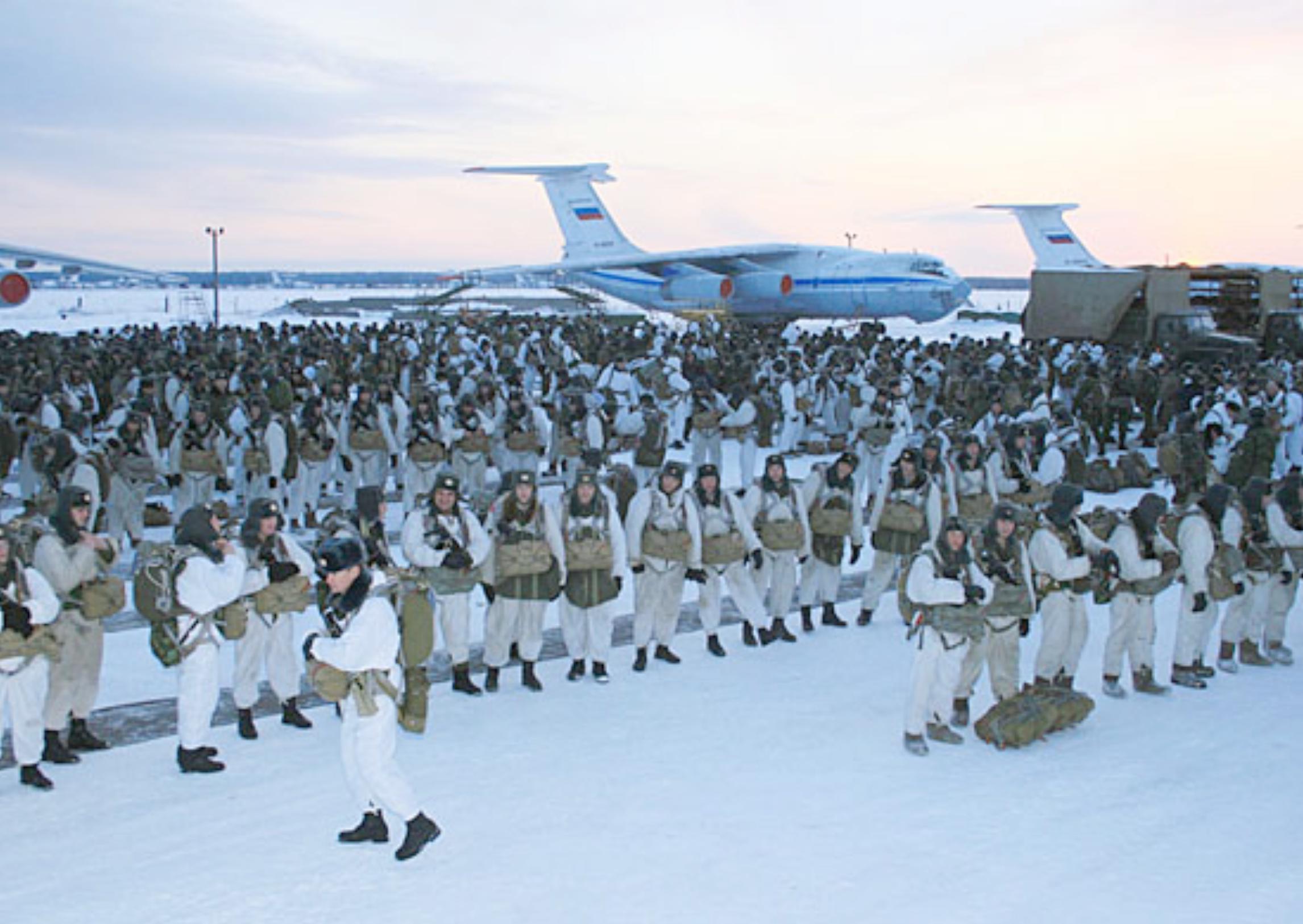 In October, Russia’s Defense Ministry informed citizens that it has built a giant military base in the Far Northern Arctic on the 80th parallel that has an area of 14,000 square meters (150,000 square feet). The base is located on one of islands of Franz Josef Land, a chain of islands between the Barents and Kara seas north of Novaya Zemlya archipelago.

Each buildings can house 150 soldiers and stock enough fuel and food to allow them to work there autonomously for a year and a half. The soldiers can move around the base from one building to another without going outside to face winter temperatures, which can reach minus 47 degrees Celsius (-57 degrees Fahrenheit). Fuel can be pumped in from tankers.

Russian military presence was withdrawn from the area in the 1990s. It returned in November 2014, when the Northern Fleet placed air defense contingents there. This year Russia has reopened a landing strip equipped for large transport planes in order to deliver building materials.

There are several new Russian military bases similar to this one in Arctic.

What are the reasons that determine Russian interest in the Far North?

It is estimated that areas north of the Arctic Circle have 90 billion barrels of technically reachable oil and 44 billion barrels of natural gas. Twenty-five geologically defined areas are thought to have potential for petroleum. This represents 15% of oil and 30% of gas in the world.

Russian media is trying to convince Russians that the economical future of Russia depends on using these resources. Most of experts though believe that even if the price of oil would start growing instead of decreasing and oil not eplaced by new sources of energy, even in that case getting oil from Arctic would cost many times more then all known prices for oil. But official Russian media doesn’t publish opinions of these experts; they appear only in the opposition press and Internet.

On December 13, General Director of the Institute of Regional Problems Dmitry Zhuravlev predicted in an interview to AIF.RU that by 2050 the shelf would provide up to 30% of total oil production in Russia. He said: “The lower oil prices fall now, the higher they will rise later”.

“Arctic is a big oil and gas pie, which is in addition to a lot of other valuables. As is the case with any other economic objects, the Arctic is a zone of strategic interests, especially in the long term, and therefore it requires a military presence in addition to the presence of civilians, in order to ensure security and integrity of the Russian Arctic…

“The Ministry of Defense of Russia began to actively place in the region grouping of troops, who will have only one main task: protecting the interests of our country.”

Besides the oil and gas potentials, there is also another reason why Russians care so much about their presence in Arctic. Some climate models predict much greater warming in the Arctic than the global average. Melting of glaciers and other ice in Greenland, could soon contribute to a substantial rise in sea levels worldwide. Recently, the Catlin Arctic Survey predicted that summer ice loss would occur around 2029. The melting of the ice is making the Northwest Passage, the only shipping route through the northernmost latitudes, more navigable, raising the possibility that the Arctic region will become a prime trade route. The Northern Passage traditionally had been one of the objects of Russian main interest. Only Russia has a fleet of atomic icebreakers, and according to Russian sources the cost of building even a non-nuclear icebreaker is from $850 million to $ 1 billion and its construction time is 8-10 years.

“No country owns the geographic North Pole or the region of the Arctic Ocean surrounding it. The surrounding six Arctic states that border the Arctic Ocean—Canada, Denmark (via Greenland), Iceland, Norway, Russia, and the United States—are limited to a 200 nautical miles (370 km; 230 mi) economic zone around their coasts…

“Upon ratification of the United Nations Convention on the Law of the Sea, a country has ten years to make claims to an extended continental shelf beyond its 200 nautical mile zone. Due to this, Norway (which ratified the convention in 1996), Russia (ratified in 1997), Canada (ratified in 2003) and Denmark (ratified in 2004) launched projects to establish claims that certain sectors of the Arctic seabed should belong to their territories. On August 2, 2007, two Russian bathyscaphes, MIR-1 and MIR-2, for the first time in history descended to the Arctic seabed beneath the North Pole and placed there a Russian flag made of rust-proof titanium alloy. The mission was a scientific expedition, but the flag placing during Arktika 2007 raised concerns of a race for control of the Arctic’s vast petroleum resources. Foreign ministers and other officials representing Canada, Denmark, Norway, Russia, and the United States met in Ilulissat, Greenland on May 28, 2008 at the Arctic Ocean Conference and announced the Ilulissat Declaration, blocking any ‘new comprehensive international legal regime to govern the Arctic Ocean,’ and pledging ‘the orderly settlement of any possible overlapping claims.’ “

Here is the map officially issued by International Boundaries Research Unit. It shows the extent of Russian claims to the territories near the North Pole: 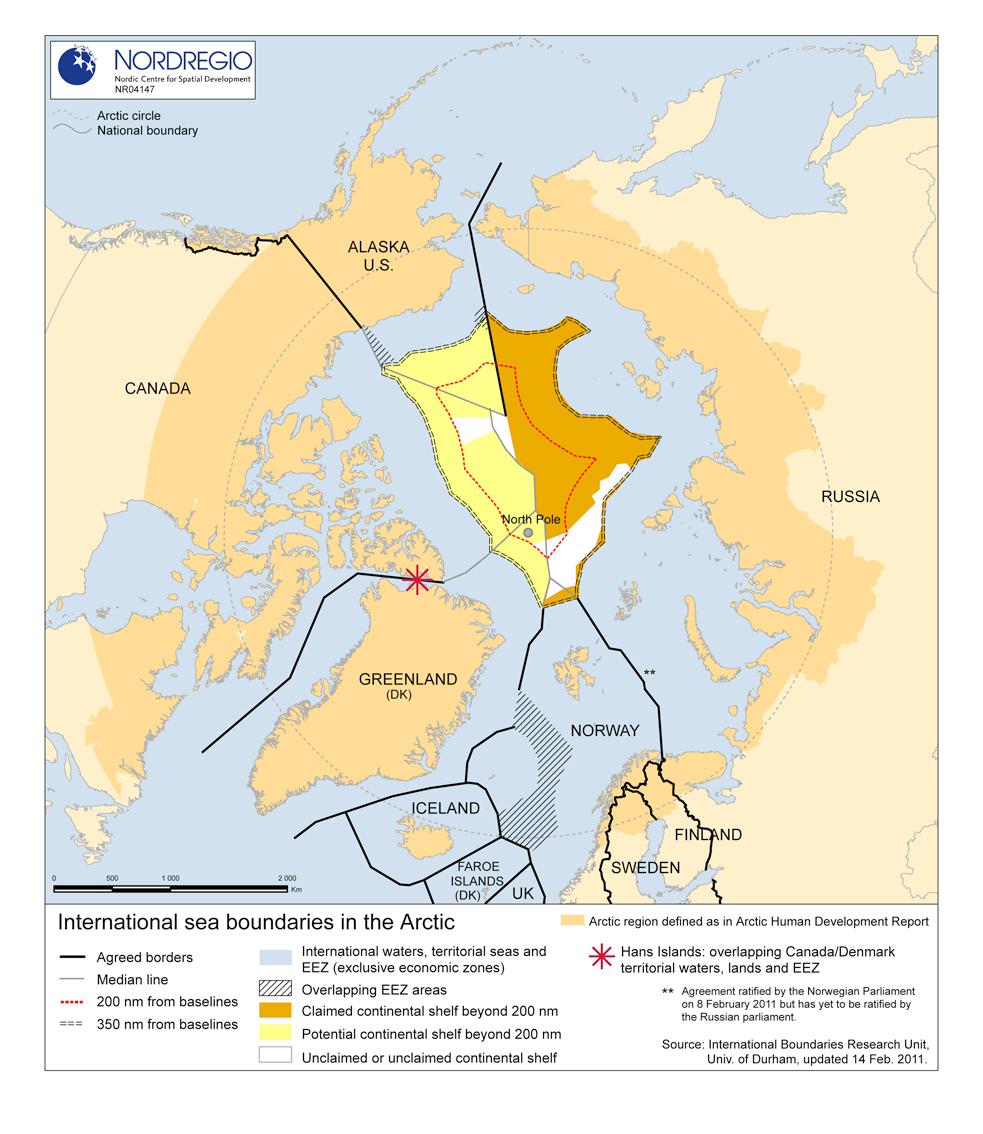 If to believe Wikipedia and Western sources, the territorial conflicts in Arctic are minimal and there are more tendencies for cooperation then for conflicts. Russian media presents the situation to Russian public completely differently.

Almost a year ago Russian Defense Minister Sergei Shoigu stated in the popular newspaper Arguments and Facts, that, a wide range of threats to Russia is growing in Arctic and “Russia is ready to defend its interests in the Arctic with weapons.”

“NATO bastards are certainly not ready for any activity in this region. They have no icebreakers, no air forces, no equipment, no trained people…. “

Here is a quote from a report of Russian TV/Radio broadcast company “Star” (http://www.arms-expo.ru/analytics/politics_and_society/russkaya-strategiya-v-arktike-stavki-sdelany/):

“Arctic adventure promises nothing good to the US and its allies. Western equipment is not ready for action in Arctic, people are also not ready, and their goal also are not clear. The Russian Defense Ministry, on the contrary, had immediately determined the range of tasks, tools and techniques to achieve a high level of national security. The technical component of the Russian armed forces to carry out tasks in the Arctic is amazing!” 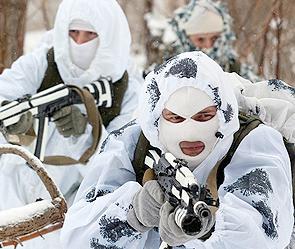