DISCLAIMER:   NewsLanc takes no position on psychedelics since the editor’s experience in drug policy reform and harm reduction did not involve the issue.

The psychedelic renaissance that has been emerging in recent years will finally get a chance to be ratified by voters in November. On one side of the country, Oregon will be voting on an initiative to legalize the strictly regulated therapeutic use of psilocybin, while on the other side of the country, Washington, DC will be voting on an initiative that essentially (but not formally) decriminalizes a whole range of plant- or fungi-based psychoactive substances, from ayahuasca to peyote and magic mushrooms. 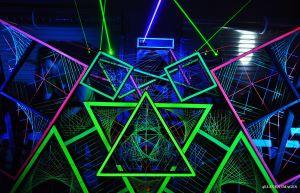 The measures build on nascent efforts to get city governments to ease access to psychedelics, moves that have so far seen success in Denver, which in 2019 made possession of psilocybin mushrooms the lowest law enforcement priority, and Oakland, Santa Cruz, and Ann Arbor, which have followed this year. Most — but not all — of this activity is taking place under the rubric of Decriminalize Nature, which describes its mission as “to improve human health and well-being by decriminalizing and expanding access to entheogenic plants and fungi through political and community organizing, education, and advocacy.”

The Oregon initiative, Measure 109, isn’t part of that. Also known as the Psilocybin Services Act, it would create a program to allow the administration of psilocybin products, such as magic mushrooms, to adults 21 and over for therapeutic purposes. People would be allowed to buy, possess, and consume psilocybin at a psilocybin services center, but only after undergoing a preparation session and under the supervision of a psilocybin service facilitator.

The measure would direct the Oregon Health Authority (OHA) to develop a program and create regulations for it within two years. The OHA would also be responsible for determining who could be licensed as a facilitator and what qualifications and training they would need, as well as creating a code of professional conduct for facilitators. And the OHA would also set dosage standards and come up with rules for labeling and packaging.

The measure also bars the establishment of psilocybin service centers inside city or town limits and gives local governments the ability to ban them in unincorporated areas within their jurisdictions.

The initiative is the brainchild of Portland psychotherapists Tom and Sheri Eckert, who formed the Oregon Psilocybin Society in 2016 and are the co-chief petitioners for the measure. Unlike the broader psychedelic reform movement, their goal is strictly limited to therapeutic ends.

“We see psilocybin therapy as an end in itself. We see the measure as a template and we plan to help organize the new profession and spread the template in the years to come,” Tom Eckert said in an email interview.

“A growing body of research suggests that ‘psilocybin’ — a natural compound found in many species of mushrooms — can, as part of therapy, help relieve a variety of mental health issues, including depression, existential anxiety, addictions, and the lingering effects of trauma,” Eckert explained. “Psilocybin therapy demonstrates an excellent safety record and often achieves lasting results after just one or two psilocybin sessions.”

While the campaign has an impressive list of endorsers, including Rep. Earl Blumenauer (D-OR), the state Democratic Party, four state senators, and a raft of state and national social justice, civil rights, and drug reform groups, it is also catching flak from some in the Decriminalize Nature movement.

In a Facebook post, Decriminalize Nature Portland lambasted Measure 109: “This initiative would create one more medical model which serves the privileged members in society and makes it harder for the most vulnerable people to heal. The cost and hard-to-access system being created by M109 would make it very difficult for lower income people, indigenous communities, immigrants, undocumented people, people who cannot afford an ID, and non-English speaking populations to gain entry into the closed and privileged system being created by this measure. We are concerned about the implications of an elite group of beneficiaries putting a free medicine that grows naturally out of the ground behind a paywall,” the group said.

“The greatest danger of M109 is that it would create a special class of permit-holders who would be motivated to lobby to prevent progressive measures such as those passed in Denver, Oakland, Santa Cruz and Ann Arbor, which are designed to enable access to the most vulnerable people by enabling them to grow, gather, gift, and share their own entheogenic plants and fungi,” they argued.

When asked how the campaign responds to critiques like that from Decriminalize Nature Portland, Eckert was terse and blunt: “We don’t,” he said.

(It should be noted that at the same time Oregonians are voting on the psilocybin initiative, they are also voting on Measure 110, which would decriminalize the possession of personal use amounts of all drugs — including psychedelics.)

Instead, the campaign is relying on a big budget, support from medical figures, and a lack of organized opposition to find a path to victory. The campaign has raised nearly $3 million, with more than $2.5 million of that coming from the New Approach PAC, which supports marijuana and drug reform efforts around the country, and one of whose major donors is David Bronner of Dr. Bronner’s Magic Soaps.

“We are extremely appreciative of the support extended by the whole Bronner family,” Eckert said. “David is intimately involved as part of our executive committee and is a great friend. Dr. Bronner’s is a towering example of a conscious company and steward of the Earth.”

Will Measure 109 win in November? The only known poll on the issue, from DHM Research in January 2019, had it in a dead heat, with 47 percent in favor and 46 percent opposed. Eckert said the campaign has done internal polling but didn’t reveal any results. “What I can tell you is that it’s close,” he said. “Back in 2015, when we first took aim at 2020, this was basically ‘mission impossible.’ Now we have a real and historic opportunity and we’re excited to finish the job.”

Back on the East Coast, residents of the nation’s capital will be voting on Initiative 81, the Entheogenic Plant and Fungi Policy Act of 2020. That measure would have police treat the non-commercial cultivation, distribution, possession, and use of natural plant medicines (entheogens) as their lowest law enforcement priority. The measure also ask the city’s top prosecutor and its US Attorney to not prosecute such cases.

It looks likely to win. The measure has been endorsed by the DC Democratic Party, and according to a September FM3 poll, when read the ballot language, 60 percent of likely voters supported it. That figure jumped to 64 percent when respondents were given a plain-language explanation of the measure.

The initiative is also well-financed, with the New Approach PAC kicking in nearly half a million dollars. There are no registered opposition campaign committees.

For Initiative 81’s chief petitioner and campaigns spokesperson Melissa Lavasani, the measure is an outgrowth of her own personal story.

“How I got here was that I healed myself from post-partum depression with psychedelics,” she said in a phone interview. “I had no mental health issues like that before, nor did I have any experience with psychedelics. I had an image of psychedelics shaped by propaganda. But then I listened to Joe Rogan when he had [mushroom maestro] Paul Stamets on. My husband grew up in the South and he said it was common to pick mushrooms and eat them, and he said the podcast made a lot of sense. So we decided to give it a try,” she related.

“I was insistent on not taking pharmaceutical antidepressants because I saw one friend take his life on them and saw others have their personalities changed. I was a career woman and growing my family. I had a lot to lose, but I tried microdosing, and within a few days I was shocked at how quickly it worked. I was interacting differently with people and the change was so profound,” Lavasani continued.

“At the same time, I was watching the Denver magic mushroom campaign — and Oakland and Santa Cruz quickly followed — and got inspired. My husband worked for a city council member, and DC was on the forefront of marijuana reform, so why not be a leader on psychedelic reform?”

“I never thought I would be doing this, but this issue is extremely important. How many people in my demographic are on medications? When you did into the research, you see these therapies are extremely effective, so I asked why aren’ we acting on this. Our health care system doesn’t address these serious mental health issues.”

Lavasani acknowledged that passage of the measure would chip only a few flakes from the façade of drug prohibition, but said you have to start somewhere.

“Our measure is a very small step, it’s just asking for the Metro police to make it the lowest law enforcement priority so that someone cultivating psilocybin or other substances at home is provided a layer of protection knowing the police won’t came after them. I lived in fear and secrecy because I was in possession of a controlled substance. I don’t want others to have to do that,” she said.

“We are limited in the District because of congressional oversight,” Lavasani explained. “We’ve been talking to allies in Congress while campaigning, and if we win, and the Democrats take the majority in the Senate, we can get restrictive riders removed, and then we can take it further.

“This campaign is a good start, but there’s a lot more work to do,” she said. “We’re okay with it being a first step. When we start talking about psychedelics, the first thing the black community thinks of is PCP. We have to undo a lot of that, so we’re out in the community talking to people about plant medicines and talking about what kind of infrastructure we need to stay safe.”

The measure’s endorsement by the DC Democratic Party showed how attitudes are changing, and quickly, Lavasani said.

“This was a safe yes for the DC Democrats,” she noted. “They learned a lesson from cannabis reform — when it happened it happened very quickly. You know, police reform is on the top of everyone’s list right now, and this is the only thing on the ballot that touches on that. The majority of the party understood that the small step we’re taking is a positive step toward ending the war on drugs. It’s a no brainer — we all know why it exists and it’s time for us to make a change.”

For David Bronner, both the Oregon and the DC initiatives are part of a broader push for psychedelic liberation — and not just natural plant psychedelics.

“In my book, it’s strategic because LSD has the most baggage and is the end game, but it’s my favorite psychedelic,” said Bronner. “‘Plant medicines that you can grow naturally resonate with voters, and key stakeholders in the Decriminalize Nature movement definitely favor natural plant medicines versus synthetic psychedelics. I’m a fan of all of them and have experienced the incredible healing and spiritual power of both. It’s important to note that the incredible clinical research with synthetic psilocybin at Johns Hopkins for end of life, anxiety, depression, and addiction is supporting the Decriminalize Nature movement,” he added.

And this year’s psychedelic initiatives are just the beginning, he said.

“Our hope in future election cycles, is to combine broad based treatment not jail and decriminalization (Measure 110 in Oregon) with the Decriminalize Nature ethos where the cutoffs for plant medicines are much higher or eliminated, and that also has a therapeutic psychedelic program like Measure 109 in Oregon, basically combining all three approaches into single state wide ballot measures in Washington and maybe Colorado in 2022,” Bronner said.

But first, the movement needs to rack up a couple of victories this November.