Christmas is celebrated in Russia on the January 7th. Only Russian Catholics, which are not many, celebrate it on the 25th of December. The date is different because the Russian Orthodox Church uses old ‘Julian’ calendar for religious celebration days.

This year the celebration became one of Russia’s biggest events because the Gifts of the Magi, the relics, directly related to the birth of Jesus Christ, were put on display in the Cathedral of Christ the Savior in Moscow. 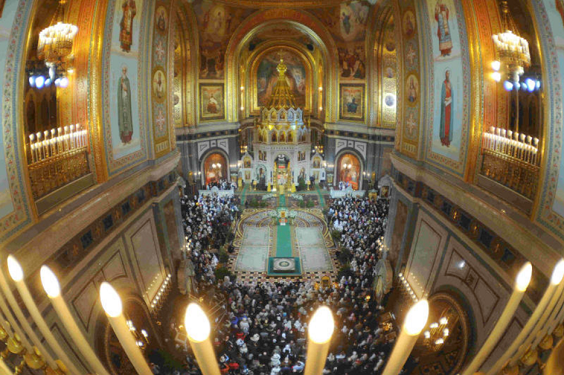 According to the Gospel of Matthew and Christian tradition, three Wise Men (Magi) or Three Kings used the star of Bethlehem to find a newborn Jesus and give him gifts: gold, frankincense and myrrh.

Legend says that until the 4th century, the gifts had been kept in Jerusalem. They were later taken to Constantinople and kept at the Hagia Sophia cathedral. After the fall of Constantinople the relics, small gold crafted pendants with beads made of frankincense and myrrh, were moved to its current home at St. Paul’s monastery on Mount Athos in northern Greece.

It is claimed they were displayed there since the 4th century.

The golden case supposedly containing the Gifts of the Magi was donated to the monastery by Mara Branković, daughter of the King of Serbia, wife to the Ottoman Sultan Murat II and godmother to Mehmet II, the Conqueror of Constantinople. Since then the relics were never taken out of the monastery. The current exposition in Russia is the first time in history that the relics left their home. 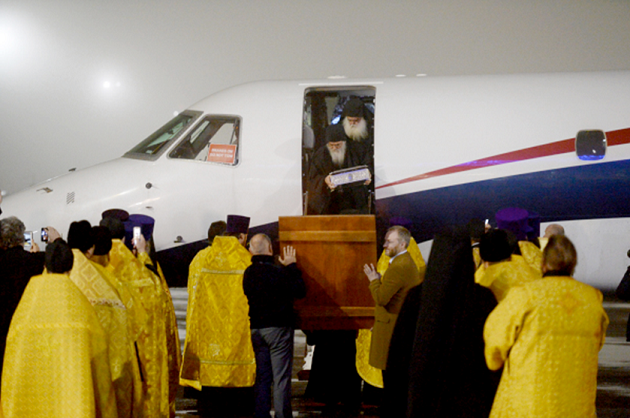 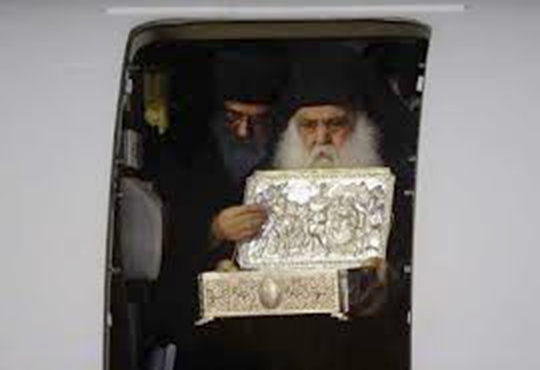 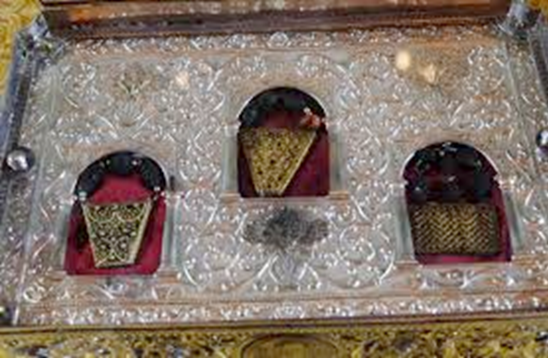 The exposition was opened on Christmas Eve January 6. The relics will stay in the Cathedral of Christ the Savior through January 13 and is available for view by citizens every day from 8 a.m. to 10 p.m.

On January 8 police counted 25 thousand people in the line of pilgrims eager to see, to touch and, if they are lucky, to kiss the relics. 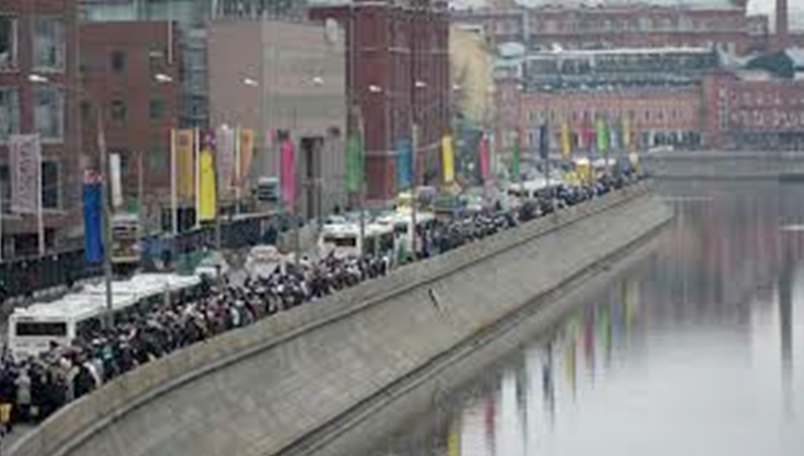 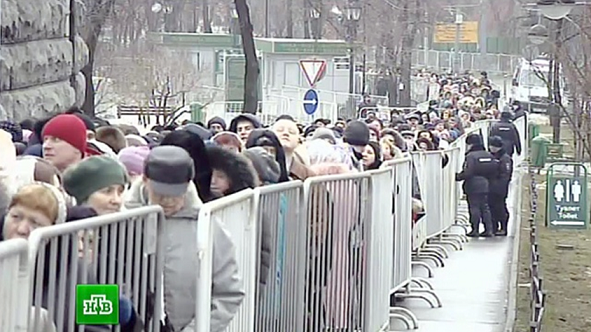 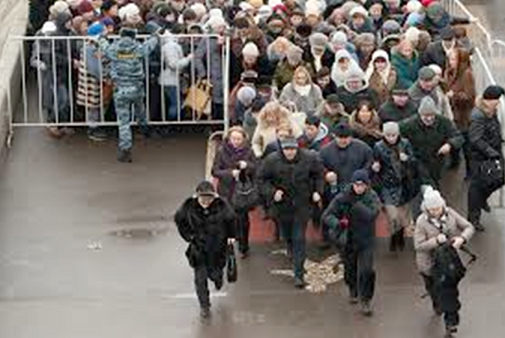 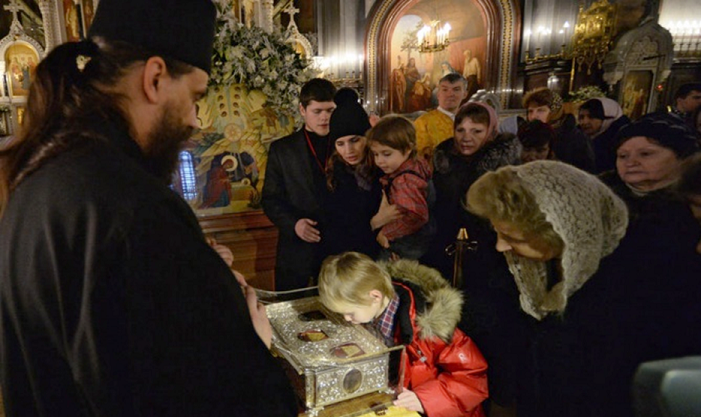 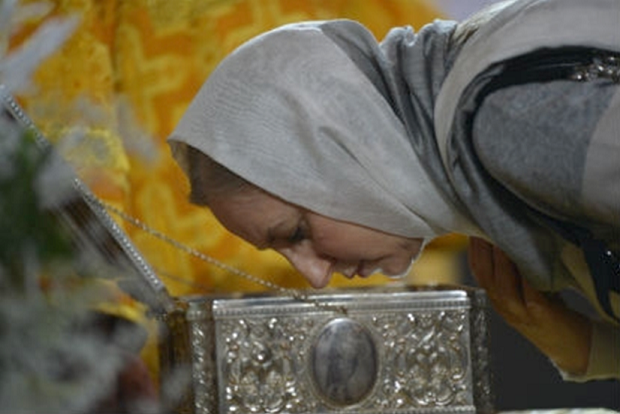 Most of the people are ready to stand in line, in spite of the winter cold, for more than nine hours to kiss the relics. Sometimes it takes even longer. When the Prime Minister Medvedev came to visit the Gifts of the Magi, the Cathedral was closed for ordinary citizens for an hour. No one protested.

Authorities urge pilgrims not to use children to hold places in line for hours. Seven food points were organized for the pilgrims, 210 toilets were set place, and 23 buses were provided where they could rest and get warm. 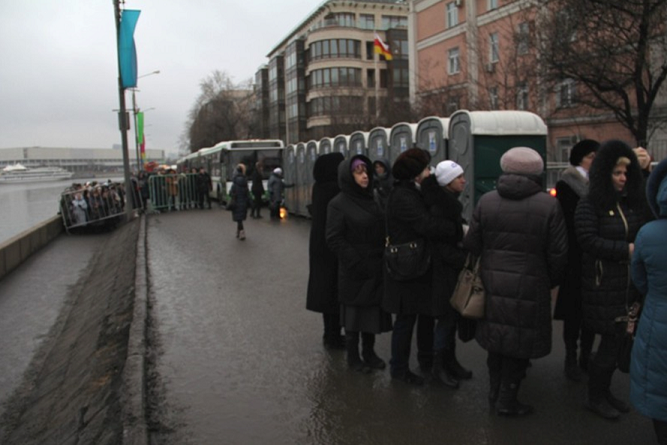 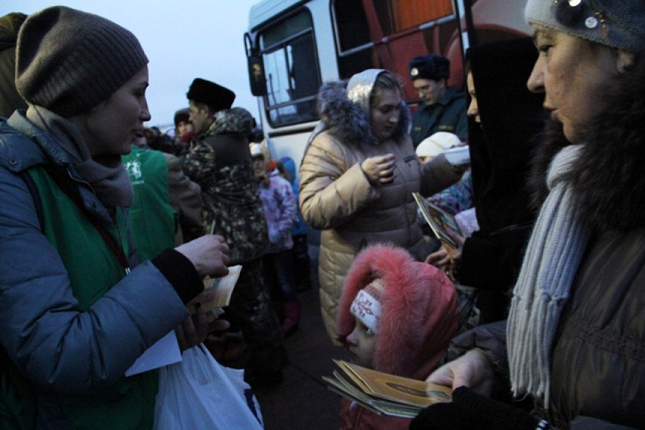 Eight emergency medical crews joined 1,100 police on duty in the area along with psychologists and more than 120 volunteers to assist those waiting. 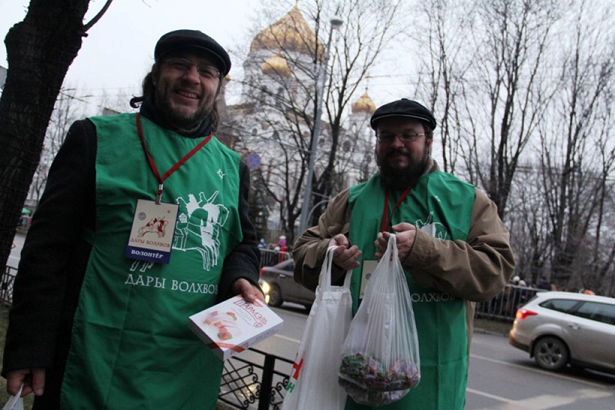 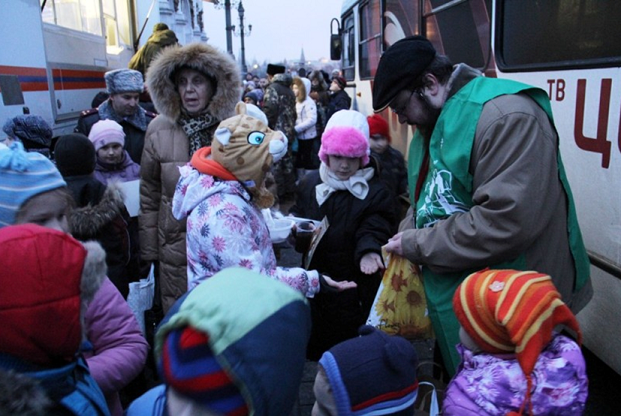 Volunteers give sweets to children.

Russian media and Internet are full of comments of the event.

Here is a quote from a report of the most popular official site vesti.ru: “Many people who exit the Cathedral of Christ the Savior are saying a few hours of waiting passed like a flash. One elderly woman even said that she easily could have stood there even longer, because she suddenly felt some kind of new strength, although in ordinary life it was difficult for her to remain standing or walking for more than an hour.”

And here is another comment, typical for readers of democratic Russian web sites:

“It is the line of desperation that causes madness. People start hoping for miracles, when they lose all their last hopes”.