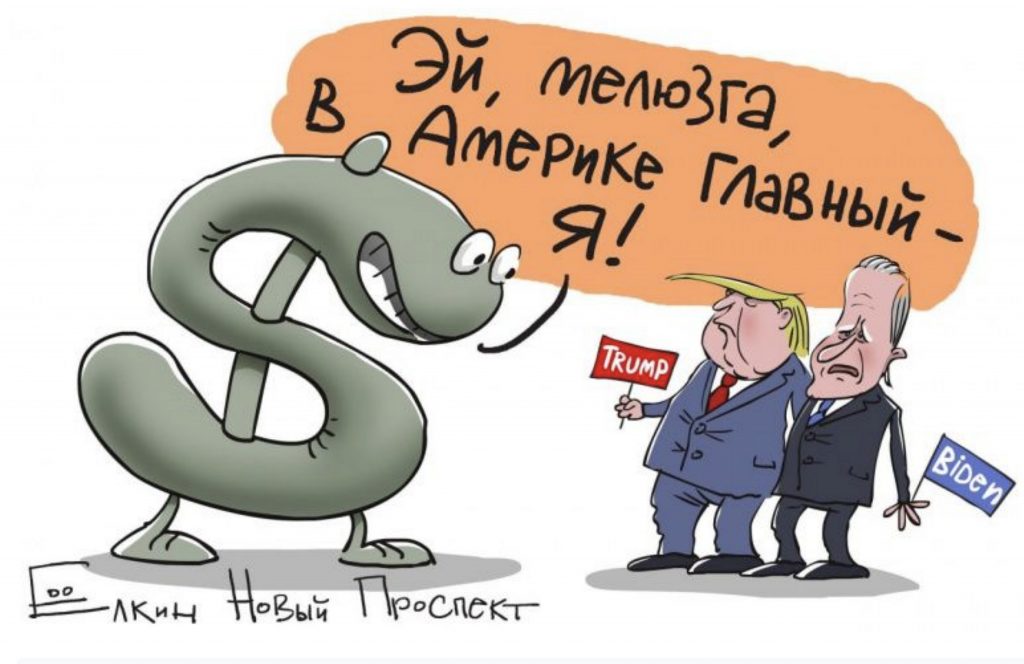 Though until January 14, none of the official representatives of the Russian government commented on the Capitol attack, the actions of American Internet platforms to block the pages of Donald Trump and the second impeachment of him, nevertheless the state controlled media and politicians, close to government, were united in their support of the Trump’s position.

“This is another symbol of the Orwellian world in the United States and a signal to everyone who still has illusions about this”, the politician said.
According to Pushkov, the social networks have declared “merciless war” on the American leader. Pushkov is convinced that network companies in the United States, as well as Internet platforms, have become the guardians of the “liberal order.”

“Liberal” is the strongest curse word in the Pushkov and his brothers–in–arms vocabulary. The senator believes that censorship in the American Internet companies has become an integral part of their functioning.

The first time in the modern Russian history a lot of prominent members of the Putin’s opposition agreed with the official position.

Andrei Illarionov, former Putin’s economics adviser and lately one of his most active critics, stated, that in his opinion, the Capital attack was a provocation, staged by Democrats in order to compromise Trump.

Here is a FB post of a Russian immigrant in US, which in my opinion perfectly describes the situation. I don’t provide the name of the immigrant, as his post is private.

“Russian liberals and anti-liberals have entangled in a joint urge to defend freedom of speech in America. Vladimir Soloviev (The most outrageous pro-Putin TV commentator. S. Tsuk.) is so passionately grieving for America, it hurts to look at him. His soul is bleeding, and his heart is torn apart, he cannot endure how the freedom of speech is being ruined by monopolists in the field of social networks. Illarionov exposed the Democratic Party as the puppeteers of the fake “storm” of the Capitol. Almost the entire Russia, with rare exceptions, has risen in defense of the innocent outgoing president – the great martyr. Let’s not let the nasty Zuckerbergs ban our president! That is, not theirs, but our president! I am, and we are Donald Trump!“

Of course not all the members of the Russian opposition share opinion of Illarionov and Latinina.