Letters to the Editor, News and Commentary

Have Republicans in the top levels of Pennsylvania government and courts engineered a takeover of the Democratic-controlled state attorney general’s office?

Has this high-level palace coup taken place under everyone’s noses? 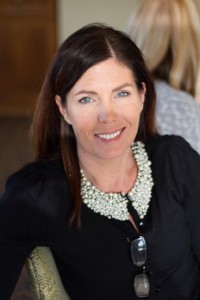 Are the criminal charges brought by Republican officials against AG Kane, her subsequent law license suspension, and efforts by the state senate to remove her from office all simply a ruse meant to distract voters from what is really going on: an attempt by Republicans to control policy in the attorney general’s office, and throughout state government, without having won an election?

Recent developments in all three branches of Pennsylvania government make these reasonable questions.

Several weeks ago, on November 18, four high-level staffers from the AG’s office testified before the state senate committee exploring AG Kane’s removal from office that they’ve been running nearly all the office’s legal functions since Kane could no longer practice law.

First Deputy AG Beemer is a holdover from the days when Republican Attorney General Tom Corbett ran the office, before Kane’s election in 2012.

When she came into office Kane probably thought Beemer was a nice guy, and a competent and experienced career prosecutors, who should be kept around.

But did Attorney General Kane make a mistake not having her own loyalists in these top positions?

Four guys running the AG's office: who voted for them?

Several weeks back, Beemer and the other three made a splash at the senate impeachment committee when they spoke about the importance of the many criminal cases the office was responsible for handling.

But criminal cases prosecuted by the AG’s office are, from a public policy perspective, small potatoes.

For centuries, the most important job of the Pennsylvania attorney general has been to issue opinions on the legality or constitutionality of state actions or programs.

Opinions issued by the Attorney General can and do concern the nuts and bolts of how state agencies are run — from the legality of programs, to who is hired, to how paper clips are bought, to the treatment and execution of prisoners.

Legal opinions of the attorney general carry the full force of law, until and unless a court overturns them.

Beemer and his three associates, testifying before the state senate, played down these important constitutional responsibilities. These days, Beemer said, the AG’s office rarely if ever issues important opinions on government or inter-agency matters.

Two recent and important issues demanding high-level decisions in the AG’s office clearly demonstrate this is not true.

The first issue is a constitutional matter: the state senate is set to vote on whether to hold a hearing to remove Kane from office, bypassing the constitutional impeachment process. It’s the historic role of the attorney general’s office to intervene on questions of the legality of removing an official from office.

The second issue is a personnel, or contract, matter: The contract for Kane’s choice of the special prosecutor to investigate the court pornography email scandal must be reviewed and approved by her office.

AG Kane selected Douglas Gansler, a former Maryland attorney general, and his Washington DC-based law firm, to review the hundreds of thousands of emails Kane found on her office servers.

But contracts hiring Gansler and his firm must be approved and signed by the attorney general’s office staff.

The responsibility to review and approve Gansler’s contract fell to one of the four AG office employees who testified several weeks ago before the state senate panel to remove Kane: Robert Mulle, the executive deputy attorney general of the civil law division.

Two employment contracts, one involving Gansler and the other his firm, landed on Deputy AG Mulle’s desk last week. Mulle evidentially at first objected to the form and content of the special prosecutor agreements.

Kane’s spokesman, Chuck Ardo, tells me, “(Deputy AG) Mulle was able to work with Kane to massage the first of the two contracts, about the firm.”

That first contract has been signed, Ardo says. But Gansler’s personal contract has yet to be approved, or signed.

“They are still working on Gansler’s contract,” Ardo says. “But she certainly got the first part approved.”

Needless to say, the last thing state Republicans want is an unfettered special prosecutor looking into hundreds of thousands of correspondence found on the AG’s email servers.

Likewise, the attorney general’s office must soon respond to the senate’s demand for a hearing to remove Kane from office.

Those running Kane’s office apparently don’t seem to be in any hurry, or think it’s their job, to weigh in on the constitutionality of the senate’s proposed action.

But, it should go without saying, if a Democrat-controlled senate were to try removing a Republican attorney general in this matter, the court papers already would be flying.

So Kane finds herself having difficulties directing her own staff to work on these two important matters.

Making matters worse, should Attorney General Kane rightfully attempt to fire Republican loyalists for failure to do their jobs, or insubordination, they will no doubt beat a trail to the Republican prosecutors and judges in Montgomery County, claiming Kane is “retaliating” against them. GOP prosecutors would then likely seek more criminal charges against her.

Not only average citizens, and voters, should take note of all this. Gov. Tom Wolf should take a long look at what’s going on in the AG’s office.

Faced with large Republican majorities in the legislature, Gov. Wolf likely must soon turn to governing by executive decree.

Those executive decrees will be subject to the approval of the attorney general’s office.

Should Kane be removed from office, the GOP senate sooner or later must approve Gov. Wolf’s appointment of an attorney general to replace Kane.

Until then, Beemer and the three others will be running the office of attorney general.

But who elected those guys?

EDITOR: The above is the proverbial “camel’s nose.”