DRUG WAR CHRONICLE:  In a just issued report on reforming the federal criminal justice system, a blue-ribbon task force of the nonpartisan Council on Criminal Justice calls for sweeping changes in the system from its approach to drug offenses to significant sentencing changes, support for getting ex-inmates successfully reintegrated into society, and more. 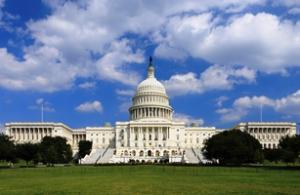 To make things better in the federal criminal justice system, Congress has some work to do. (Creative Commons)

Formed in July 2019, the Council on Criminal Justice is relatively new on the scene but contains some real heavy hitters. The co-chairs of its advisory board of directors are former US Assistant Attorney General Sally Yates and Koch Industries Senior Vice President Mark Holden, while its founding president is criminal justice expert Adam Gelb and the chair of its board is former head of the Justice Department’s Office of Justice Programs Laurie Robinson.The members of the task force that issued the report, Next Steps: An Agenda for Federal Action on Safety and Justice, are also prominent figures from across the political spectrum. They include former Georgia Gov. Nathan Deal, former Philadelphia Mayor Michael Nutter, former Washington, DC and Philadelphia police chief Gordon Ramsey, American Conservative Union general counsel David Savakian, former director of the Open Society Foundation’s Addiction Program’s Dr. Kima Taylor, as well as Yates and Holden.

Noting in the report’s executive summary that both crime and incarceration rates have receded — although with a considerable lag between the two — and that the federal prison population finally peaked in 2013, they write that “[y]et there is broad agreement across the political spectrum that more must be done to make communities safe and guarantee justice — not just by states and localities, where the majority of the criminal justice system operates, but also by the federal government, which runs the country’s largest correctional system and helps set the tone of the national conversation.”

The task force sought “to craft a consensus view of the actionable, politically viable steps that the federal government can take now and in the near future to produce the greatest improvements in public safety and the administration of justice.” With a nod to the ongoing pandemic, the task force noted that although it “concluded its deliberations before the outbreak of COVID-19, several of the recommendations are highly relevant to the federal response, in the short term and beyond.”

So, what does this consensus view on federal criminal justice reforms look like?

The task force came up with 15 policy recommendations for actions by the legislative, executive, and judicial branches, along with detailed rationales for each and equally detailed plans for implementing them. Here are some of the highlights:

Reflecting the task force consensus but not quite catching up with public opinion, which now consistently favors legalization in opinion polls, the task force calls not for federal marijuana legalization but for instead allowing states to set their own marijuana policies through a system of waivers. It finds the status quo where “states are, in effect, licensing individuals and businesses to commit federal felonies” as untenable as “states and the industry continue to operate under an illusion of sovereignty where circumstances can change at any moment.”

Instead, they recommend formalizing the status quo, acknowledging that states can enact legalization without fear of federal interference, unless and until marijuana is rescheduled or legalized at the federal level.

The task force makes a number of pointed recommendations when it comes to sentencing policies that have made the land of the free the home of the world’s largest prison population. They note that the US Sentencing Commission, which is responsible for setting guidelines for federal prison sentences, is currently paralyzed and “has been unable to modify sentencing guidelines to reflect current law, including the bipartisan reforms of the FIRST STEP Act of 2018,” because the Trump administration has failed to fill vacancies on it.

The task force’s recommendation here is: “The President and the Senate should fully reconstitute the US Sentencing Commission so it can fulfill its statutory duties to make necessary and timely adjustments to the sentencing guidelines, make recommendations to Congress for needed changes to federal criminal and sentencing statutes, and conduct research on the policies and operations of the federal sentencing and corrections systems.”

One of the main drivers of the mushrooming federal prison population — it grew from 24,000 in 1980 to nearly 220,000 before peaking in 2013 — is mandatory minimum sentences for drug offenders, leaving federal prisons stuffed “not just with major traffickers but also with thousands of lower-level players in the drug distribution chain, a disproportionate number of whom are minorities,” the task force notes.

While, over the years as the incarceration fever began to break, various efforts to mitigate the pernicious effects of mandatory minimums were implemented (and have helped reduce the number of federal prisoners), the task force is ready to be done with them. “Congress should eliminate mandatory minimum sentencing laws for all drug crimes and consider eliminating non-drug mandatory minimums while refraining from enacting any new mandatory minimums pending study,” it recommends.

Also on sentencing, the task force notes that neither Congress nor the courts have acted to restrict judges from sentencing someone based on conduct for which they have been acquitted in court, a practice that mainly occurs in drug conspiracy cases. The task force calls on the US Sentencing Commission to amend federal sentencing guidelines to prohibit such sentencing.

And the task force is calling for federal prisoners serving lengthy sentences approved by “tough on crime” legislation in the 1980s and 1990s to be able to appeal to have their sentences reconsidered after serving at least 15 years, with a chance for review every 10 years after that.

Giving federal offenders a chance of actually succeeding on the outside upon their release from prison is another main focus of the task force. It starts with recommending that Congress ensure the Bureau of Prisons is working as it should by creating “an independent performance, oversight, and accountability board (Board) to oversee and advise the Bureau of Prisons (BOP).”

To help prisoners prepare for post-carceral careers while still behind bars, the task force calls for the restoration of Pell grants and other expanded educational opportunities, and it recommends several measures to increase their chances once they’re back on the street. Among them are sealing low-level criminal records from public view to help employment prospects, expanding public housing access for people with convictions, and providing guidance on closing Medicaid reentry gaps.

The task force also calls for Congress “to support and incentive increased access to residential and community-based treatment services that are evidence-based, including access to Medication-Assisted Treatment (MAT) in order to strengthen reentry programs, prevent recidivism, and promote better health outcomes.”

The Council on Criminal Justice is about as establishment and mainstream as it gets. When people like this are shouting for the federal criminal justice system to be fixed, you know it needs to be fixed (if you didn’t already). The task force has shown us what needs to be done; now it’s up to Congress, the courts, and the administration to act. We shall see.