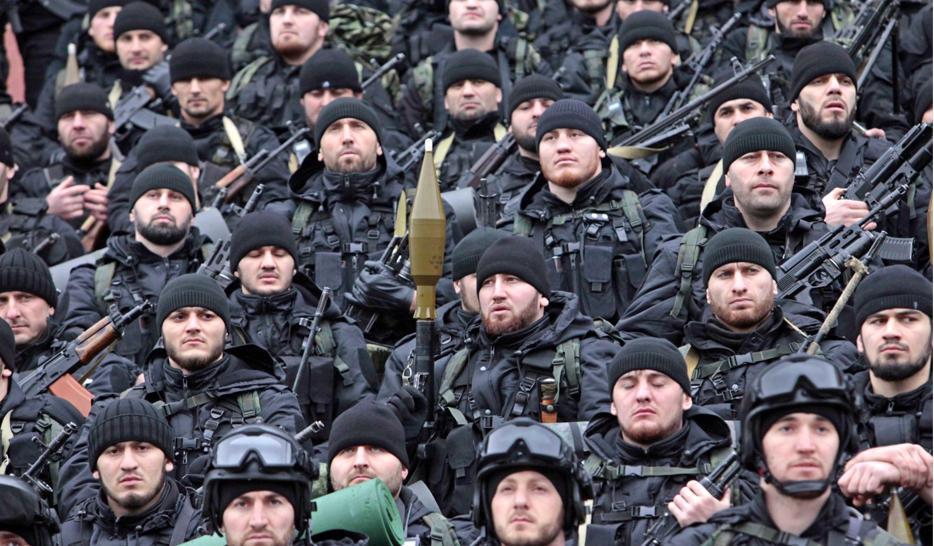 On December 8, Russian media reported that a joint detachment of Russian “Vostok” (“East”) and “Zapad” (“West”) elite special forces battalions from Chechnya are preparing to be sent to Syria. According to these reports the battalions will be transported to the Middle East by the end of the year, and their major task is going to be military police service and guarding the Russian airbase in Hmeymim within the government-controlled territory of Syria.

The Vostok and Zapad special forces units were formed in 2003 in Chechnya and staffed with predominantly Muslim Chechen servicemen, so these special force battalions are sometimes informally called “the Chechen Spetsnaz”.

In the mid-2000s the battalions were involved in the fight against Chechen rebellious militants in the country, as well as in the five-day war with Georgia in August 2008 in South Ossetia. In 2006, the staff of the two units of the battalions was engaged in the restoration of infrastructure in Lebanon.

Vostok and Zapad fighters are getting ready to be transported to Syria at the Khankal airbase near Grozny, Chechnya.

The decision on the transfer the battalions to Syria was explained to Russians by Leonid Kalashnikov, State Duma deputy and the head of the Committee on CIS Affairs, Eurasian Integration and Relations with Compatriots. On December 8, Kalashnikov said in his interview to the site Lenta.ru:

“There are many reasons to take such decision: the climate, and the ability to fight, and the similarity of the mentality of residents of Chechnya and Syria. So in this situation it is justified”.

In addition, Kalashnikov recalled the presence in Syria of the representatives of Chechen nationality who are fighting “on the other side.” “Shaitans (devils) as Chechens themselves call them” said Kalashnikov.

According to Wikipedia: “The U.S. State Department reported on June 2, 2016 that their “intelligence community” estimates that possibly “in excess of 40,000 total foreign fighters have gone to the conflict [in Syria] and from over 100 countries”.

Six months prior, the Russian Defense Ministry estimated that about “25-30,000 foreign terrorist mercenaries are fighting for ISIL alone.”

As of September 2015, according to Russian Civic Chamber‘s commission on public diplomacy and compatriots abroad, approximately 2,500 Russian nationals and 7,000 citizens of other post-Soviet republics were fighting alongside ISIL.

The representative of the Interior Ministry of the Chechen Republic reported that more than 400 people of Chechnya are fighting on the side of terrorist organizations in Syria.

Chechnya’s strongman leader, Ramzan Kadyrov, who prior to joining Putin was an extremist fighter himself, posted on Instagram that the troops stationed in Chechnya would be happy to deploy to Syria, if they are sent there. He added that he would be eager to personally join the fight against “international terrorism”:

“I would be happy and proud to immediately go to Syria to fight the scum on President Vladimir Putin’s order… The enemy must be destroyed in his den before his tentacles reached our land.”

On the other occasion Kadyrov said:

“Why wait for them at home, if they can be destroyed in their own den. We are ready to go, we have volunteers, tens of thousands of people. In 1999 we took an oath on the Koran that we will fight against these devils until the end of our life. They shall be destroyed, no matter where they are.” 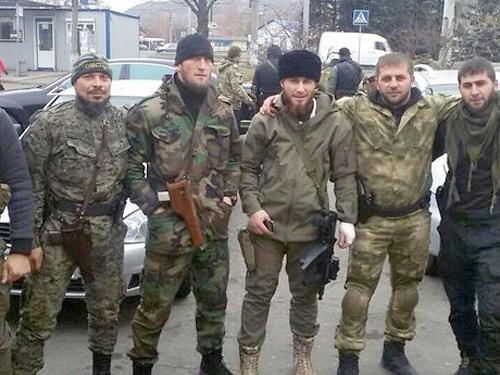 In November, the Vostok and Zapad special forces units were reformed in the battalions of the military police. Personnel were given the red berets and shoulder badges.

Despite the allegations that the Chechen fighters are not supposed to be engaged in combat against the Islamic State in Syria, they are noted to be clean-shaven, which is unusual for strict Muslims. The media sources claim it was arranged this way in order to distinguish the Chechen special force fighters from ethnic Chechens fighting on the IS side. Does it mean that in fact the Vostok and Zapad special forces are going to be involved in combat?